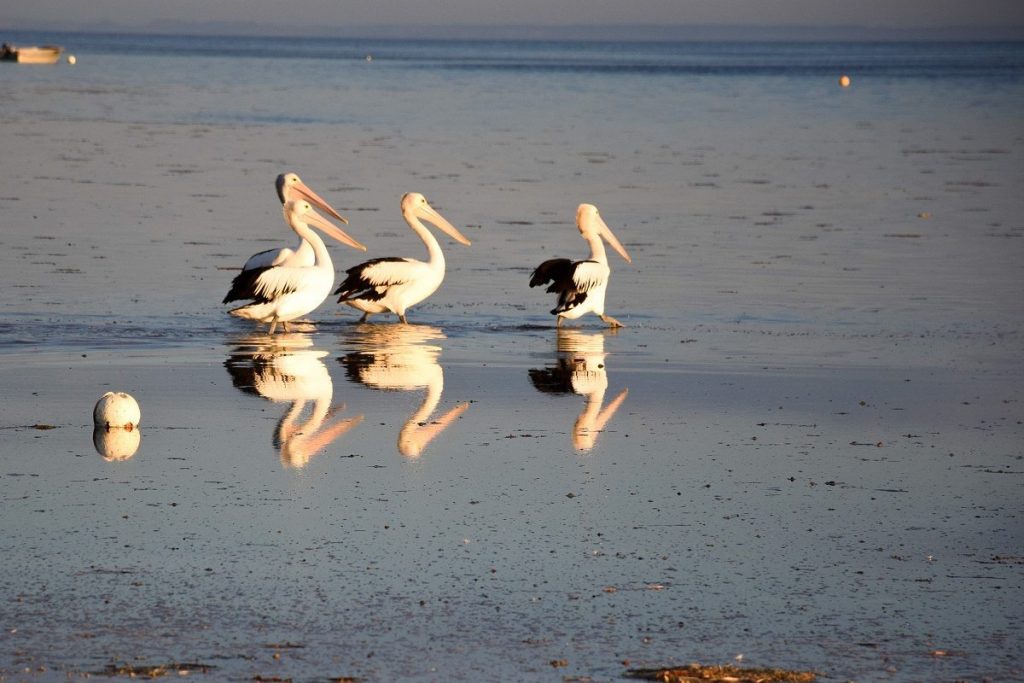 I’m busy writing my new YA, which is an #ownvoices magical realism story, as one of the main characters, Odelle, happens to have type 1 diabetes. I don’t know of any magical realism or fantasy where the main character has a chronic illness or disability and it’s just the way it is, rather than the condition being a major focus. If you know of any, please share with me!

I was writing this story as a contemporary fiction, which I enjoy writing, but it kept telling me things about it that were magical. It’s set in the real world, but some fantastical things happen and Odelle will become a hero – it’s about people who slip through the cracks, unlikely heroes, grief and letting go, kindness, forgiveness, star-crossed lovers, and finding your way home.

We head here tomorrow, to our beach shack, where I will be resting, walking, playing board games and writing. This morning, I jotted down this little story about my pelican, the one I called, KEVIN.

A small boy sat alone on the beach, his toes and fingers dug deep within the soft salty silver sand. The pelicans glided gracefully across the glassy sea, almost silently at first, to inspect the boy.

‘What IS this bird?’ said Redmond, the oldest of the flock, stretching his magnificent black and white wings behind him.

‘Beats me,’ said Florence, the mother, opening her spectacular pink grey beak wide, so as to catch any fish who might randomly fly by in her pouch (flying fish were her latest obsession).

‘Well then, we must leave, return to the estuary!’ cried Redmond. The flock circled and prepared for flight, all except the as yet unnamed one, the youngest.

As his family rose into the air, flapping their impossibly large wings, pulling their bodies, (that should’ve really remained earthbound from their great stature) into the sky-blue skies above, he hesitated. He looked the boy right in his baby-blue eyes, who was now aware that the pelicans were afoot.

‘The boy smiled at him, watching the flock rising, the water beginning to reach his toes, wriggling them as tiny crabs tried tasting him for dinner. His smile made the world grow bigger, warmer, like the sun was inside of him.

‘Hello pelican, I shall call you Kevin,’ he said with a flourish, ‘Kevin the Reconnaissance Pelican. And we shall be best friends.’

Kevin puffed out his chest, he opened his wings wide and dropped his beak pouch open in a giant grin. Kevin. He was Kevin!

He took one last look at this boy who’d named him, his friend, and propelled himself into the warm shafts rising across the still sea. ‘We will meet again!’ he said, turning towards his family, who were now just dark streaks in the sky.

The boy stood waving, as Kevin flew into the setting sun, the world brighter, more brilliant, more golden, than either of them had ever seen before.