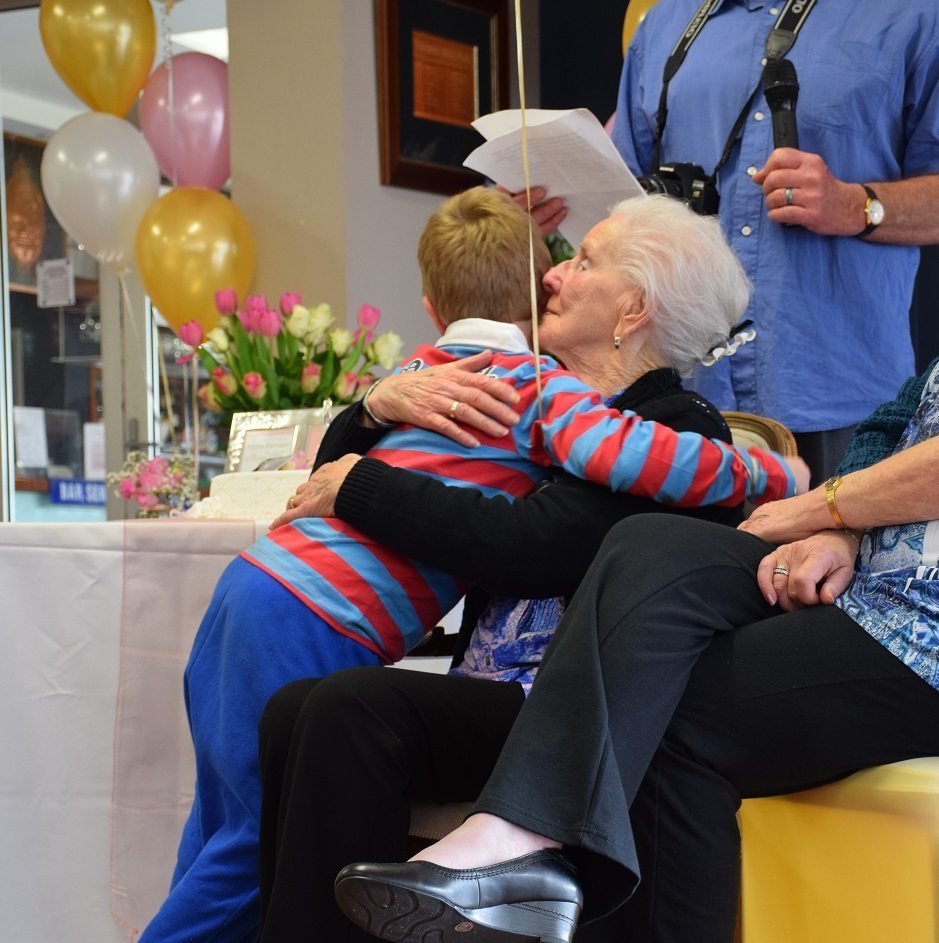 Image is my grandma with my son Maxwell at her 100th – during the speeches he crawled closer and closer to her, and she reached out for a cuddle, it was one of the most beautiful moments watching her with the grandchildren while her children spoke about their love for her.

Do you enter writing awards and competitions? I have been involved in numerous awards over the years in my various careers, winning or placing in quite a few. This has included an Australasian award for my work in diabetes and mental health, a $1.2 million grant from the Australian government for my diabetes charity work, a sustainability award, and being a state finalist in the Australian of the Year, which was a pretty proud moment. As a writer I have not really looked at competitions before, but as I delve more into fiction, I have started to get involved in short story and flash fiction competitions. Some of the regular ones include the Australian Writer’s Centre Furious Fiction, held each month. If you want to exercise your writing muscle, this is a good one to participate in. As well, there are various state, national  and international writing competitions held throughout the year – head here for more information. It is a great way to inspire new ideas for your stories, and finesse your writing skills. I find it very enjoyable to write to a prompt and see where it goes.

Recently the Council of the Ageing (COTA) in South Australia, held a short story competition for their ZestFest celebrations – a unique South Australian festival and a chance to turn stereotypes of what it means to be older on their head. The prompt was “So that’s what old is!”. The 500 word entry could address this in any way you chose.

And I won! First prize. At a wonderful oration from Dr Norman Swan on the reasons why we are not an ageing society and many more interesting facts about life and death, I was awarded the top prize. My first entry, and first prize for a piece of fiction writing, since I was a little girl. When I started to write I had no ideas about where I would go, it just developed as I wrote and became a piece about my paternal grandmother, Mona Margaret, who died when she was almost 102, a couple of years ago. Here is the story. 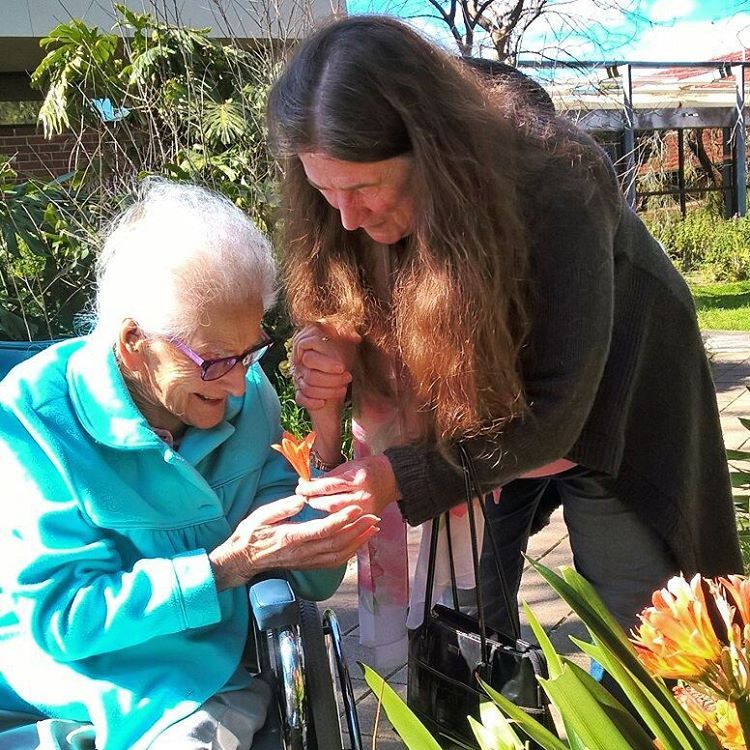 Grandma with my mum

There she lay. Paper thin skin, mottled with purple. Arms stretched down her painfully slender sides, hands laid flat. Snoring gently, the sunlight dappled through the window, falling across her face. That face. The one I had seen so many times. Unlike her body, her hands, much bigger than you would expect, had not changed. They had not grown shrunken, like the rest of her body. They shouted at me in their enormity. Hands that had baked a thousand scones, wrapped a thousand gifts, hidden them under her bed all year, shoving them to the back so nobody would find them. Hands that had held me that day we hit a tree. I had been driving, 16 and so confident, unbreakable. We had slipped and slid across the dirt, backwards and forwards, until the tree had ended our journey. Battered and shocked, we climbed out of the broken car, her face bleeding. We both pulled out the cigarettes we had hidden from each other all week, offering each other one, and laughing together. It was so odd, standing there laughing with my grandmother, her face bleeding, beside a broken car, smoking together. Later, I had slept fitfully, filled with guilt. But she had just taken it in her stride, protected me from the brunt of it all. They said it was lucky she was alive. Afterwards, we would sometimes spend an afternoon together with a cup of tea and a smoke. Each time we would meet, another piece of her life would be shared. She once told me, when she was around 98 years old, that she still felt 16 inside herself, “You never really feel old on the inside, you are just you,” she would say. It struck me as I aged, that this was something you never really knew until you lost the self-centredness of youth, this obsession with age being about the body, rather than the person.

At our visits she would bring out things and offer them to me, never letting me leave without something, “You can’t take it with you,” she would say. My cupboards consequently filled with Tupperware, bearing her name in her tall, thin handwriting. She once slipped me a ring, worn by my great aunty and told me not to tell the cousins, “Our little secret,” she laughed. Her stories grew increasingly connected to her youth. Tales about riding a bike to the dance, working on the farm. Memories of my grandfather were glossy, filled with love, gentleness. Letters continued to be written and received from across the world. “I will leave here in a box,” she used to say, determined to end life quietly in her home. But here she lay, in this place that smelled of disinfectant and death. There were no more gifts under the bed. But there were those hands, the ones that belonged to a 16-year old girl, and now lay still beside her body, while her mind danced to the sounds of the country hall piano.