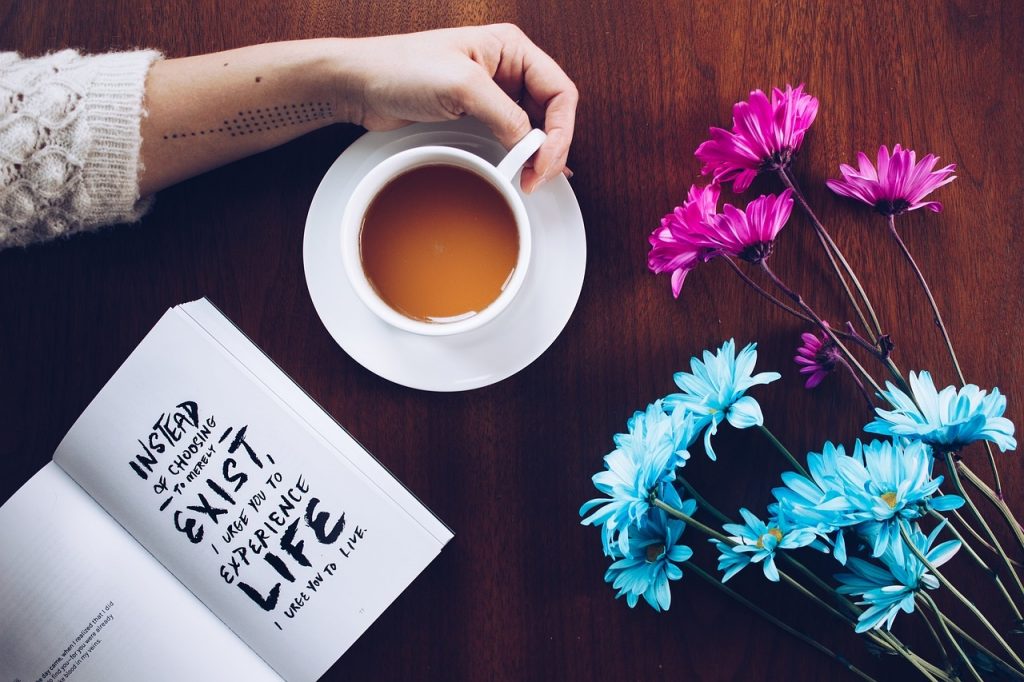 It was a regular Saturday night, late last November. My 20 year old son came home with a mate and their take-away dinners, and I couldn’t bear the smell. I started to feel sick. My hubby came home from bowling, hungry for his dinner too. I had to leave the room, the smell was so overwhelming. Within an hour, my bloated stomach told me things were not right. I quietly went to the bedroom to watch television, trying to deal with the situation. It was stiflingly hot, the long Adelaide summer, now starting in spring. The air conditioners were cranked up. I lay there underneath the icy blast, feeling the nausea rise upwards like a wave, keeping vigilance over my blood glucose levels. I definitely did not want to vomit. I fought it with everything I had.

As someone with type 1 diabetes, vomiting is a complicated matter. You can enter into dangerously low blood glucose levels, and the more you vomit, the worse this can get. You juggle the sickness with your usual function of having to be your own pancreas. You need to eat glucose tablets or lollies, or drink flat soft drink, or another form of sugary fluids, all the time throwing it back up. You also risk going the other way and ending up ill with high blood glucose levels, and what is called ketones. These are created when the body breaks down its own fat cells, to seek energy. It’s a serious, difficult, scary, even life-threatening, thing.

A short time later, it hit me. I couldn’t stop it any longer, vomiting all of my dinner down the toilet bowl. On cue, my blood glucose started to drop too low. I chewed on  some glucose tablets, but still, I hovered too low. I vomited again. I chewed on some more glucose tablets. I wondered what the bad smell was in the bedroom. I discovered things had come out of both ends on my last vomit, but I had not realised – I was sitting in my own shit. I staggered off, chewing more glucose tablets, to shower and wash out my underwear. I staggered back to bed. My blood glucose was still too low. I felt ill. I chewed more tablets. I checked my blood glucose with a finger prick, every 20 minutes or so. I felt too hot, too cold, too alone. On retrospect, I probably needed to go to hospital. But I didn’t. I felt too unwell to get in a car, to deal with strangers.

A few hours later, my son was happily partying with his mates up the other end of the house. I could hear their deep voices laughing and the sounds of their gaming, on my next trip to the toilet. My 10 year old was fast asleep, strangely soothed by the noises of his brother. I could hear my hubby snoring in the lounge while he was ‘watching’ some kind of sport on the television, probably cricket, which, quite frankly, would put me to sleep too. Over the next 7 hours, my blood glucose stayed persistently low, despite more than 30 or 40 glucose tablets. I vomited a few more times, but mostly it was water. I dozed in between the 20 minute glucose checks. I held on.

To put it into perspective, 3 glucose tablets should take my blood glucose up by about 3 mmol – so if I was 3 mmol, up to at least 6 or 7 mmol. A non-diabetes level would be around 4 – 7 mmol at all times, no matter what you eat, drink, or do. For a person with type 1 diabetes, it could range from 2 mmol (or less) to over 20 mmol (or more), no matter what you do to manage things. The aim is to try and stay between 4 – 8 mmol as much as possible. Not an easy task at the best of times. For some reason, this particular night, my levels just didn’t rise. It had never been like that before when I was sick, not like that. I waited for the inevitable spike of being too high, after all of that glucose. But, it never happened.

Now, not only do I have type 1 diabetes, diagnosed in 1979, but I have gastroparesis, which is basically gut paralysis from nerve damage. It is more common for people with type 1 diabetes. I have been living with this for more than 20 years, along with reflux and IBS – so my stomach is often unhappy. My diet has been restricted due to this, for more than a decade. There are many things off the menu for me. I have had one-off incidents of vomiting due to gastroparesis, but not resulting in that persistent low blood glucose. After the event, the gastroenterologist thought this was most likely a more severe gastroparesis incident. It could have been a virus, but I don’t believe so. Over the following weeks, my blood glucose started to become more problematic. It would drop suddenly and I had to reduce a lot of my insulin doses and take to setting 2- 3 alarms overnight to prevent low blood glucose in my sleep. I ate just tomato soup and toast and a little bit of cheese. I lost a lot of weight fast. The specialist said it was too fast. I said, whatever.

I have also lived with anxiety and ADHD, I think since childhood. But ADHD was only recently recognised. I have had anxiety and depression diagnosed since my first baby, in 1993. I experienced PTSD around that time too, through my work in child protection. This led to panic attacks and a form of Agoraphobia. I don’t live like that anymore. Counselling and medication helped me to move through the worst of these times. I don’t have panic attacks anymore, or serious depression. But anxiety is part of my life each and every day. Over the past few years, my social anxiety and anxiety about my body, have become worse, due to the combination of my stomach conditions and diabetes. I prefer to be at home, where I can tend to my daily health needs.

But after this incident, the anxiety about my diabetes, about my body, were increased. I believe this to be fair enough – don’t you? When I saw the gastroenterologist, he looked at me and said I seemed, “strung out,”. Really? Over the years, he has often written off my physical symptoms – in part because he can not fix them. In part because I do live with anxiety. It is as if my mental illness cancels out the validity of my physical conditions. It is such a kick in the gut, (no pun intended). Being told there is nothing anyone can do for you takes courage to deal with. It takes a person who can make sense of that and get on with being positive and contribute to the world, no matter what. I do all of those things, I just finished my bloody PhD for goodness sakes –  but sometimes, I feel scared and worried and bloody terrified. I challenge him to walk in my shoes. And anyway, why the hell is anxiety such a lesser condition, devoid of sympathy, as if it is something you can change with a snap of your fingers?

So, I got on with life, carrying this increased fear and anxiety on my back like a sack of bricks. I carried the fact that my body might have changed for the worse. Then, a month or so ago, it happened again. Just a normal Tuesday night. We were watching television. I had been eating pureed, peeled vegetable soup each night for dinner since the start of the year, with the occasional tin of tomato soup, along with toast, sweet biscuits, bananas and low fat cheese. I was feeling fine and then I started to get an unusual stomach ache. I say unsuual because I get stomach aches in some form every day – partly due to my conditions, partly due to the medication they have me on to deal with it. I felt awful. I decided to go to bed early, because sometimes that sorts things out for me.

I lay there willing myself not to vomit. My bowels were grumbling. Unlike the November incident, it was a bitterly cold Adelaide winter’s night. I was shivering. I got up and went to the toilet. I went back to bed. I felt worse. I could no longer fight it and I ran to the toilet and vomited. At the same time, I was again sitting in my own shit. I cleaned everything up, I showered. I got back into bed. My blood glucose levels had started to drop too low. Of course. I chewed glucose tablets. My blood glucose remained low. It was happening again. My kids went to bed and hubby settled in the lounge. I began another night of this horiffic cycle. I was only sort of sick, one more time, but had waves of nausea. I could not get my blood glucose levels to rise. I needed to go to hospital, but again, I was too sick. I held on and rode out the next 6 hours of hell. Just like last time, my blood glucose didn’t rise for the entire night, despite many glucose tablets. I only really vomited the once. I doubt very much it was a virus. It might have been. The point is, it was terrifying and the experience raised my anxiety, yet again.

My gastroenterologist is going to look inside my stomach in a month. He said back in November he would hold off on that because I would be “too difficult to prep”…..but he is now going to take a look. I don’t expect him to see anything. I do expect him to say that, perhaps, I need to calm down a bit, that some of it is in my head. I don’t disagree with that. Here’s the thing – the actual events and physical symptoms are not in my head, but the fear and anxiety are. And so what? So what if fear and anxiety about my body is increased – wouldn’t yours be too? Why is it not ok to experience these things? Why is the mental expression of illness, so stigmatised still? In particular, why are women written off as being hysterical? I wonder what this experience would be like for a man? Or for someone who does not already live with anxiety, who does not have a history of this, who isn’t judged because of their mental illness?

For now, I am making peace as much as possible with this body and mind of mine. I still set 2 alarms overnight to stay safe. I check my blood glucose more than 30 times per day, which some people would call obsessive, but I call fair enough. Some people with diabetes are connected to a continuous glucose monitor which gives constant readings, so what’s the difference? I manage my health like a ninja, and with grace. I get on with life and care for my family and produce enormous amounts of writing work. I am engaged and productive. My last blood tests showed that diabetes was ‘unlikely’ based on my results – how funny. I occasionally get sad when cooking meals for my family, that I can not eat. Mostly I don’t care about that so much. I do care about whether this terrifying incident will be repeated. It probably will. However, I will get on with life until it does, living with a mix of joy and laughter, and sadness and fear, and paranoia, and jealousy and grief, and passion and interest, and anxiety, and, perhaps even, a little touch of hysteria. What of it?