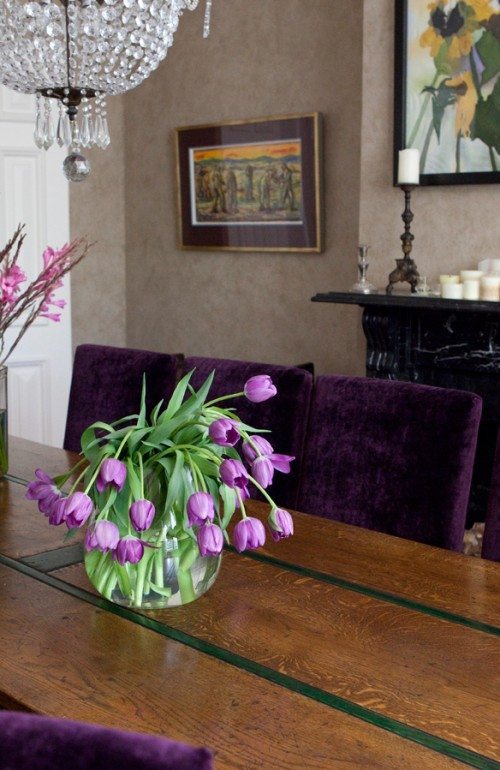 A Designing Mums post today from Bronnie Masefau, a working mum, designer, business owner and best selling author. Her design portfolio includes projects both locally, throughout Australia, as well as internationally. Bronnie identifies as more of a homemaker rather than an interior designer.

I have all of her books, “Australian Vintage Living, putting the heart back into home” & “Australian Vintage Living, making anywhere home”, as well as her recently launched, “Inspiring through creative design -enjoying the journey” and am thoroughly enjoying their lovely images and beautiful philosophies, in particular her take on the use of vintage in the home and her values about involving children in daily life.

She seemed the perfect person to share some tips with us in the Designing Mums series!

I had a chat with Bronnie just before she was about to fly overseas to launch her latest book, in London and Paris, followed by a US launch which she will just miss. The book has also launched in New Zealand, and been picked up in India and Asia. Bronnie is travelling with her oldest son which is a lovely reflection of her philosophy about kids and family.

Bronnie is described as an enthusiastic and eternally optimistic designer, reflecting the need to embrace family life at every opportunity. “Home should be a sanctuary,” she says, “where business and family can intertwine seamlessly.”

As a mother of three, Isaiah, Nate, and Kayziah, enjoying the family and the benefits of running a design business without stress is vital to Bronnie. The joy of coming home to a relaxing loving environment is what we all yearn for, and what Bronnie promotes through her design and inspirational advice… the entire family gathering around the kitchen table, to discuss the day’s events as the meal is prepared.

So here are Bronnie’s Tips.

Don’t separate life and kids – we take the approach that we have a life WITH our kids.

1) Train your children – a big one for Bronnie. Take away saying “no” and replace this with involving and modeling things to them that you want them to do around the house. An example she gave is recently she was working with a couple on their lounge room and they really wanted a white couch. There was a banter back and forth about wanting this, but not being able to until the kids were older, who were 7 and 8 at the time. Bronnie suggested as parents we have this thing that children will arrive at the teen years and miraculously know what to do with a white sofa! But actually they won’t unless we teach them.

So, get the white sofa if that is what you really want, but get the children involved in looking for the sofa. Then talk about it with them in the stores, build the story with them – “oh wouldn’t it be nice to have that sofa and be sitting on it with your friends? Well if we get that white sofa there are some rules – we want you to enjoy the new sofa, but we all want to enjoy it and make it last as long as possible, so there are some things we all need to do”. I think this may be where I went wrong as my boys have zero respect for our furniture! But I like the idea and will try it with our youngest.

Bronnie suggests for example in this case with a sofa or other furniture you want to protect:

1) have a basket at the front door for shoes and train your kids to put their shoes in there. She then finds her children now telling their friends they need to leave their shoes at the door, they take ownership of this.

2) keep a throw on the end of the sofa and train the children to throw it over the sofa if they and their friends are hanging out on there after school or sport. (I do this one!).

It is about not removing the fun of the space and the use of the sofa by saying they can not use it, (or not getting it in the first place) but teaching and engaging them in how to care for it. A home does not need to be “staged” says Bronnie, it is lived in and children can learn how to care for the space and what is in it.

2) Give them a tool belt – by training your children about how to care for their rooms and the general areas of the home, you are giving them a useful tool belt which they will use now and into the future. Get them involved around the house to build this tool belt- for example if they want to wash the dishes when they are only little, you know it is going to get messy and take ages, but at the end of the day they are learning an important skill and it will be short term pain for long term gain.

Bronnie also has designated jobs for the children in their rooms and she can come and say it is dusting day, for example and they know exactly how to do this.

Hmmm where did I go wrong!! This is one I have not executed well. Never too late I cry!

3) Teach the value of hospitality – Bronnie said they teach their children that they want to be hospitable – this is a very important value in their home. When people come over, that means having a clean house so the guests don’t feel uncomfortable seeing your underwear lying around! She says she is not too fussed about mess as this will happen and you could open her kids doors on any given day and see mess, but being clean is a different story. I am totally in agreement with this one, I hate having the first rooms people walk into looking shabby. But as I said as we chatted, this can be tricky if you do not have a designated space for the kids to spread out in. At the end of the day we need to live in the home.

4) An open door policy – Bronnie agrees with this however and also has an open door policy in her home. They encourage the children to spend time with their friends in the house, but with them still around the place. Bronnie feels even teenage children need to be part of the family living spaces and not isolated in their rooms with the doors shut. “Kids know where the fun is but they stay where the love is” she says.

5) Value their opinion and give them a voice within your home – if one of her children wants a new lamp, Bronnie says great, get online and do some research, come back to me with your ideas. It gives them ownership of the piece and they are more likely to care for it. I really do like the idea of involving and engaging the kids more in the design and decoration process so they feel they are more invested.