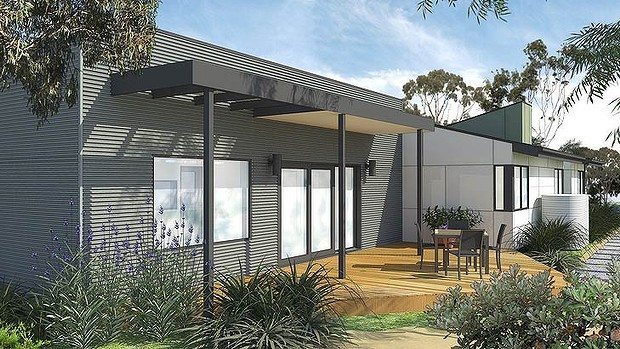 In 2012, the Cape Paterson Ecovillage broke new ground when its high eco-standards were written into the planning scheme. The development will border on the very lovely existing town of Cape Paterson on the Bass Coast, about two hours south-east of Melbourne.

Every one of the 220 new houses have to be built with orientation for passive solar gain (be able to use the sun to its most effective) and have a minimum energy rating of 7.5 stars, as well as efficient appliances, at least 2.5 kilowatts of solar energy and 10,000 litres in rainwater tanks.

Not only is this brilliant for the environment but the project’s developers have showed that all these features will save home owners money over the long term. Originally when they began planning over 8 years ago, they thought they’d need to offer incentives to help buyers pay the extra upfront costs. But because of the steep rise in energy and water bills in recent years, and the price hikes still to come, they have found this is not needed.

In a report in the Age in 2012, project director Brendan Condon said  ”We’ve hit a clear tipping point now where the uptake of these sustainability features makes absolute economic sense.”  He suggested that if home owners reinvest savings into their repayments, they could cut years from their mortgages. And once an electric vehicle (powered by extra solar panels) is in the driveway, ”the economic benefits expand rapidly”.

Building into the community, ways to encourage walking – image via the cape patterson Ecovillage website,who would not want to live here?

Independently reviewed research, funded by Sustainability Victoria, compared a Cape Paterson home against three benchmarks – an existing 4-star dwelling, and both a larger and smaller new 6-star home. Consumption was assumed to remain constant in each house, no matter the price rises. The report’s author, consultant Anthony Szatow, says that in all the scenarios modelled, the greener homes came out in front.

”Solar power, efficient appliances and water tanks all return in excess of 10 per cent, after tax. Most sustainability features provide very attractive return on investment, purely on a financial basis,” he says.

”And that financial proposition is just going to get better and better as the cost of centralised energy and water goes up.”

The group are passionate about the project but also want the mainstream building market to change its ways, too. As the world looks for better models for how we can live, the Ecovillage combines the “best of the old village atmosphere with modern sustainable design to build a living space that is socially and environmentally positive”.

One of the house designs – image via design build source

There is an holistic approach by the project team. They describe a genuine ecovillage as one that will “restore and protect habitat, biodiversity and ecological values to the land, allow people to live lightly on the planet through sustainable design and sharing resources, and encourages a real sense of community by providing physical spaces and social opportunities that allow people to build friendships and social networks”.

From my perspective, as someone who is passionate about “healthy planet, healthy people, healthy home”, another important focus is on health – encouraging good nutrition, more physical activity and active lifestyles as good preventative health care. There is a belief across the project that an ecovillage should be pedestrian friendly, not car dominated, to encourage people to walk, cycle and use their bodies as they are designed to be used and to allow children to reclaim public spaces and play in safety. 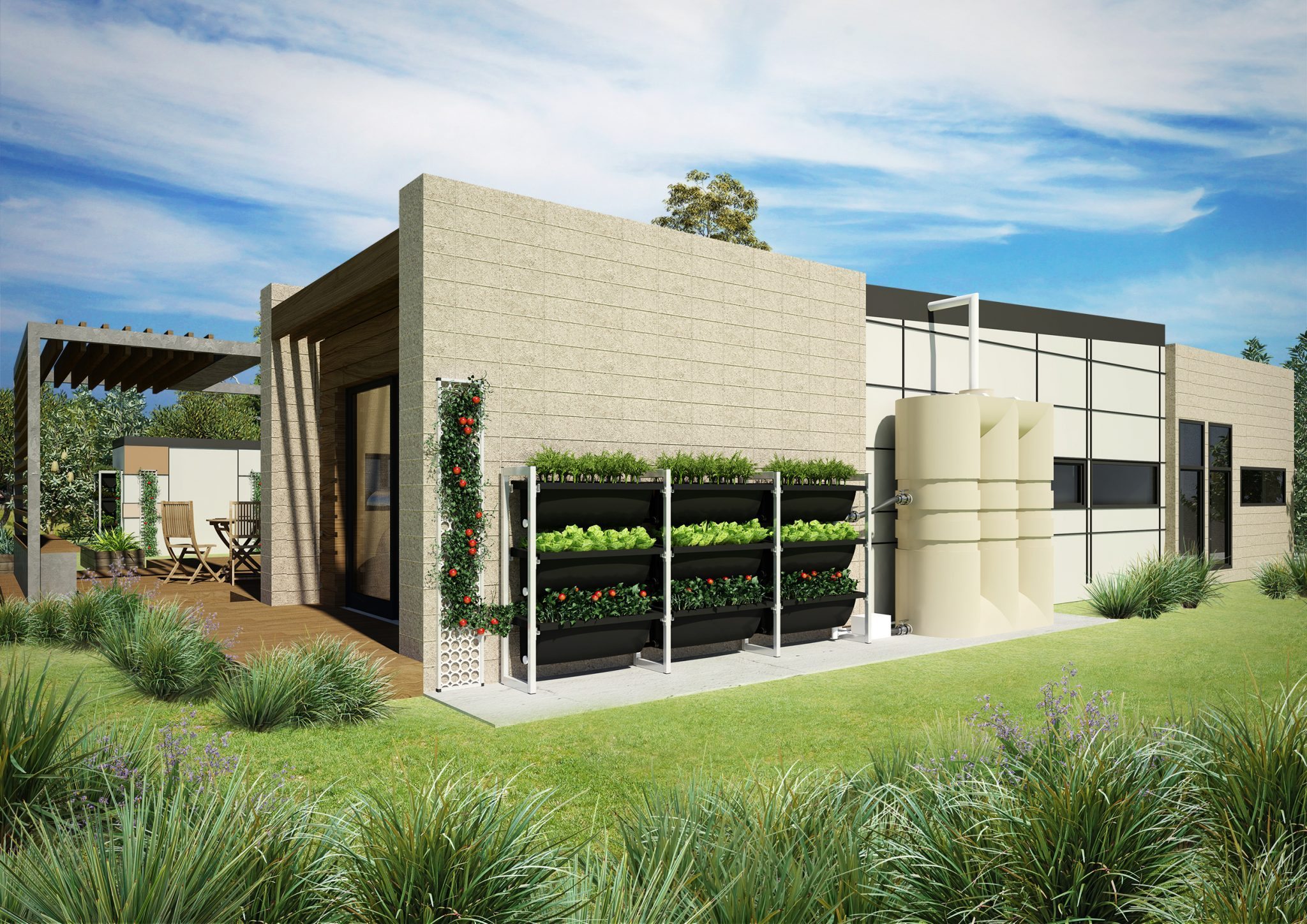 The Cape Paterson Ecovillage Design team have completed the first 10 designs for the project, all of which are downloadable from their website.

All houses feature common sustainable design features. All have been independently rated at 7.5 star energy efficiency, and include solar energy systems, efficient appliances, and 10,000 litres of rainwater storage. All of the houses are described as having “outstanding liveability and comfort, and are designed to operate without the use of fossil fuels. They will protect your wallet with their low operating costs, as well as your comfort and the environment.” I think I might be moving to Victoria!