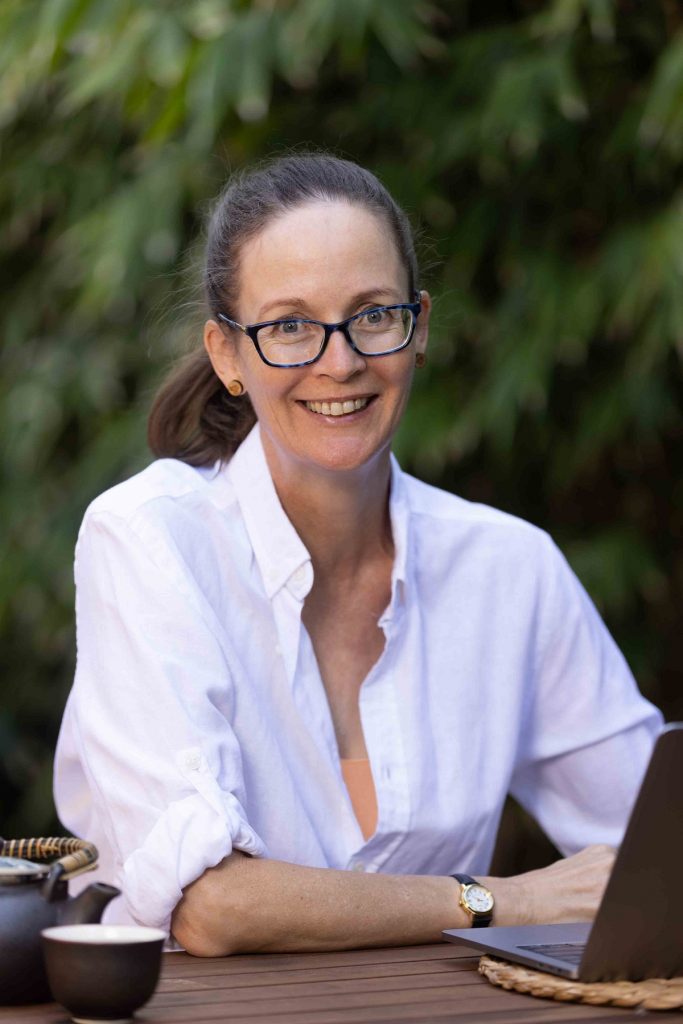 Anna Featherstone writes about things that make her ‘happy, curious, furious and tingly’. She says she likes to dive in and research information, because it helps her clarify things in her own mind and make sense of the world. She also says that it’s a challenge and it’s fun and it’s more comfortable than running a marathon!

‘I love it when a book or article is helpful, showing possibilities, pitfalls and alternative views, and that’s what I try to offer readers too. Writing helps clear my mind of thoughts and experiences so that I can make room for new ones.’

Anna’s latest book, Look—It’s Your Book! was written because she believes there are voices out there in Australia who we need to hear from, and ideas and subjects that aren’t getting up through traditional publishing. She also thinks that writers need to better understand the business of writing and publishing, if they want to make a real go of it.

‘It was inspirational to interview Kim McCosker of 4 Ingredients (9+ million copies sold) who has carved out an amazing self-publishing enterprise, as well as other Australian authors including successful business author Andrew Griffiths, who has made the move from traditional to self-publishing. Their tips, alongside those of editors, booksellers, librarians and other publishing insiders is what I think makes the book so useful for non-fiction authors.’

Anna wrote Honeycomb Kids – Big Picture Parenting for a Changing World and to Change the World, when she had three small children and was fascinated by the best way to raise them to become capable and kind adults, within the global context of things like climate change, social unrest, resource scarcity and toxic marketing. It was more than a decade before the current challenges that the Covid pandemic is bringing to children and parents.

‘There were plenty of books about raising happy kids and smart kids, but I was looking ahead to the world they’d need to exist in and contribute to as adults. Even though the book got into thousands of people’s hands and was translated into Korean and Turkish, I wish I’d been bolder in promoting it, because it really could have made a bigger difference to families and communities in Australia and all over the world.’

With her book Small Farm Success Australia, Anna’s intent was to share all the knowledge she had garnered from farming and running a business on small acres, as well as to learn from other successful farmers across the country.

‘There has been a huge tree change shift, so it wasn’t only about giving long-time farmers fresh ideas, it was about helping newer farmers understand the realities and opportunities open to them. My other farming book, Honey Farm Dreaming, was more from the heart than the head, and a chance to share my favourite organic balm and food recipes. I wanted to paint a picture about the highs, lows and hilarity of life on a farm. Writing it was also therapeutic, allowing me to make space in my head and heart for new adventures.’

Anna is excited that the Australian Society of Authors (ASA) has added Look – It’s Your Book! to their recommended reading list – ‘I think that’s quite a stamp of approval, not just for the book, but the opportunities available to authors pursuing professional indie publishing. I’m also enjoying running writing and publishing workshops for libraries and writing organisations – there’s so many interesting stories out there just waiting to be told.’

In the future, Anna hopes humanity ‘gets its act together’ and realises we’re only as rich as the poorest in our society; that nature needs nurture; and that to make positive change we need to positively demand it of others and ourselves.