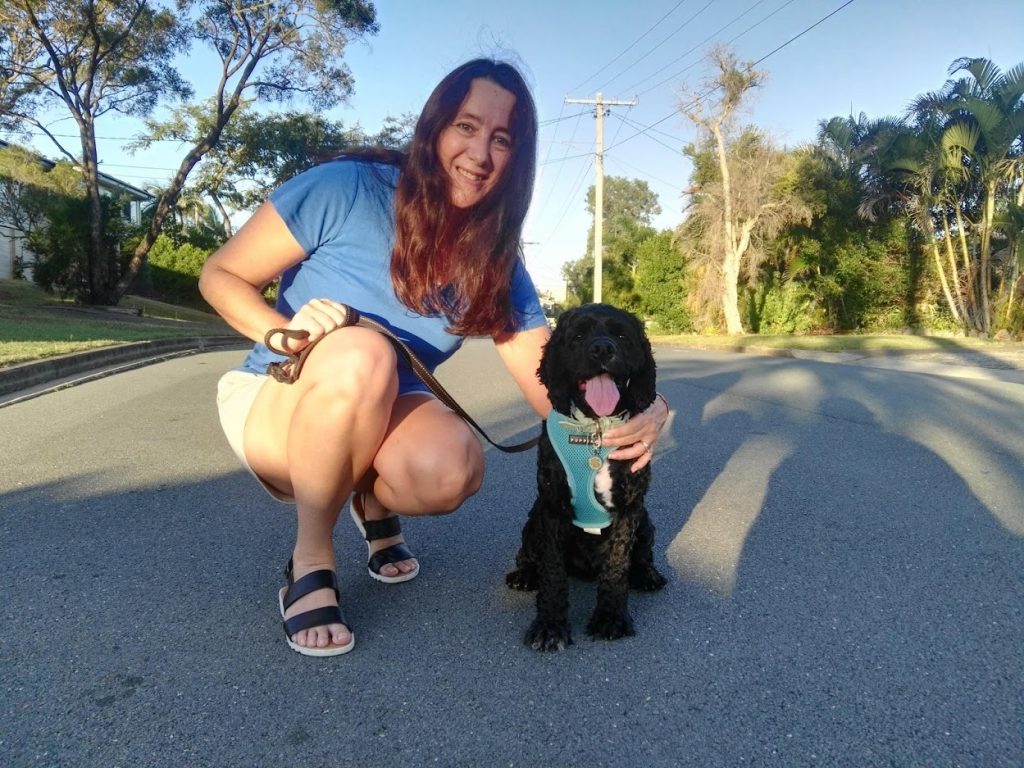 Michelle Saftich writes books about family, resilience and hope, with psychological and paranormal themes in her more recent works. Born and raised in Brisbane, she studied a Bachelor of Communications/Journalism Degree at QUT and worked in newspapers for about 13 years, as both a journalist and sub-editor. She is married, with two teenaged sons, a dog, a cat and two guinea pigs.

‘I’m a visual person and love the ocean, mountains, flowers, the sun rising and setting, the moon, the stars… I’m a romantic and a dreamer but also a realist and goal-oriented, so I can stay grounded on the practical to-do lists as well as enjoying life’s magic.’

Her first two novels, published by Odyssey Books, are historical fiction and were inspired by her father’s family history. At the end of World War II, her father’s parents were caught up in a local war in north-east Italy. Port of No Return is set during this conflict between Italy and neighbouring Yugoslavia and follows the family’s struggles in post war Europe. Its sequel, Wanderers No More, picks up their story as they migrate to Australia in search of a new life, while still clinging to cultural-based dreams. The past continues to haunt them as wartime debts press them into making difficult choices.

Her third novel, The Hatch, is a science fiction YA novel. It opens with Britta Tate being taken by EASA, a government space agency, to be trained in developing her advanced sixth sense for use in space exploration. Her first EASA quest is very personal as she is called upon to find her brother who is missing in space. The search soon reveals high levels of corruption and lies, making the future too terrifying to predict.

Next year in 2022, Odyssey Books will be releasing her fourth novel, The Fifth Hatch, which is a sequel to The Hatch. In the sequel, readers will be able to continue following Britta Tate’s exploration in space, a pioneering journey which has the same paranormal themes as seen in The Hatch, but this time Britta’s quest will take a sinister turn requiring battles on every level of consciousness. Held against her will on a dismal planet, she has to find strength without the use of her gifts if she is to survive and prevent the forming of a devastating and an unstoppable alliance. The Fifth Hatch took two years to write. It has themes of addiction, inspired by Michelle’s learnings at her current place of work in Marketing and Communications at an alcohol and drug support organisation.

In the future, Michelle says there are many things she wants to write about.

‘The world is such an intriguing, amazing place and people’s stories are rich, inspiring and fascinating. I am currently writing a film script, having fun with something completely different. As I am visual, it is a medium I’m enjoying.’

She would like to return to historical fiction at some point and is interested in Australian history.

‘I’d like to write a person’s recovery story from addiction, having seen much inspiration in those stories. Importantly, I want to write from the heart, sharing the beauty I see in the world, and in people, with readers.’

You can find Michelle and her books at her website.