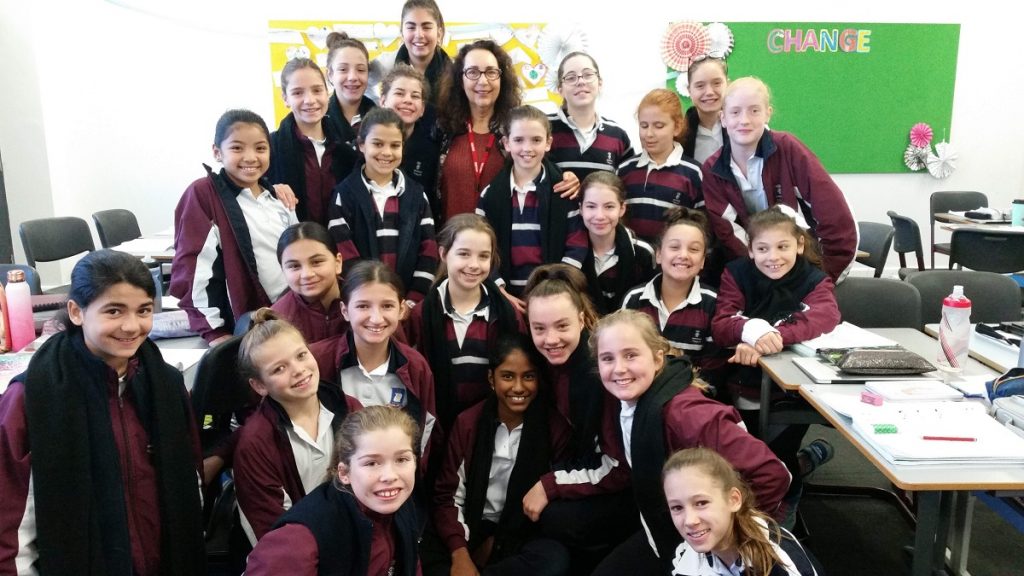 Robyn Bavati writes fiction primarily for readers aged 12-15. She says there are probably three reasons for why she chooses to write for this age group. The first is that she remembers herself at age 12, 13, and 14, and at that time (in the early 70’s) there was no such thing as YA fiction, at least, not that Robyn was aware of.

‘There were books for children, and books for adults, but very little in between. So I would read The Magic Faraway Tree one day, and Sons and Lovers the next.’

By the time she was 15, Robyn was reading books for adults, and that wasn’t a problem, but in early secondary school, it seemed that no one had thought to cater for readers her age, and since she was an avid reader, many of the books she was reading were either too young, or too old.

‘Books about teenagers and for teenagers were few and far between. So I think in some ways I write to satisfy the young teen in me.’

The second reason Robyn writes for this age group is that when she was a young teen, books made a huge impression on her.

‘Younger kids may forget what they read. Adults tend to choose books with messages they ‘agree’ with, books that reaffirm the views they already have. But teenagers tend to have open minds and are more willing to seeing things from other perspectives.’

Robyn has also written (but not published) books for other age groups, and some of these came close to publication. However, the first of her books that did make it into print, was Dancing in the Dark, the story of a girl from an ultra-orthodox Jewish family, who, forbidden by her parents to have ballet lessons, decides to dance in secret.

‘I did not set out to write a book for teenagers. Rather, when the idea came to me, I realised it was for teenagers, and wrote it accordingly. Which brings me to the third reason I write for young teens – once I started to do so, it seemed to be a natural fit. Since I aim for accessibility, my writing style naturally lends itself to younger readers.’

With each book, Robyn also likes to take on a technical challenge she hasn’t faced before. For example, Dancing in the Dark was written in first person, so with Pirouette, she took on the challenge of dual protagonists and alternating third person POV. She chooses to write only about subjects she loves or cares about deeply, because the process of writing a book takes many years, and it is important you are fully invested to stay the course.

Within These Walls was Robyn’s first book of historical fiction and says it came with many challenges, as any book about the Holocaust would. Finally, as her first three books all had female protagonists, she took on the challenge in her most recent book, A Weekend With Oscar, of writing from the perspective of a teenage boy.

While all of Robyn’s books are very different, she always writes about characters who are (or at some point in the novel become) isolated either physically, emotionally, or psychologically, sometimes all three.

‘I do this for two reasons – firstly, because everyone has at some time experienced isolation and loneliness (even if surrounded by people), so the reader will relate to and be moved by the protagonist’s predicament, and secondly, because in this situation the character is truly tested and able to become heroic.’

In the future, Robyn hopes that people will let other people express their opinions without ‘cancelling’ them. That people will rediscover actual living as opposed to virtual living, which, she says, doesn’t mean just because of lockdowns. She hopes people will learn to take better care of the planet, and of each other, always manage to find silver linings and that there will be more balance, love and friendship in the world.