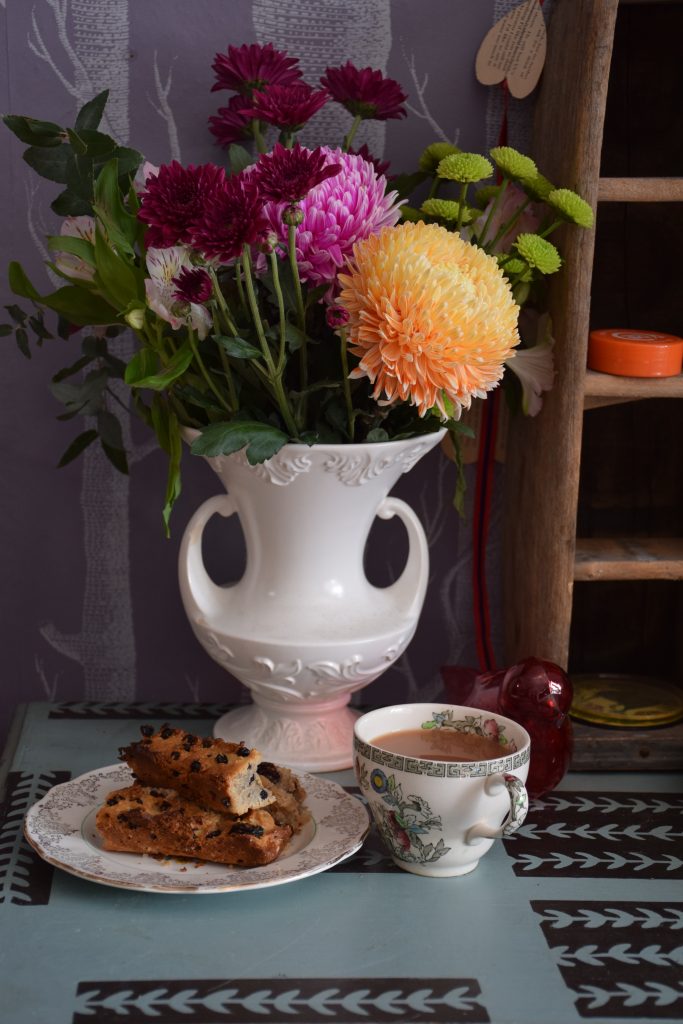 Food and the history it has in your life, can be so powerful. So many occasions with loved ones revolve around food and the people who made it for you, or who you made it for. My dad’s Mum passed away in April 2016 at nearly 102 years old. She had a remarkable life and was known for many things, but one of her particular skills was baking. Her scones have legendary status, as does her gingerbread, trifles, Christmas and Easter cakes, and her bread and butter pudding.

Cooking food yourself, has mental health benefits, as well as financial and sustainability benefits. There is nothing like sitting down to a meal you have prepared yourself. I am sharing one of my grandmother’s recipes here, which is a traditional English recipe – it is a lovely loaf for morning tea or afternoon snack and would be a great addition for Christmas. So thank you Mona Margaret for your food, always.
This recipe is written by hand in her cookbook and I have translated into metric measures, but I liked that the old measures were written in the book, so have left them there as well.

* If you do not want to use lard often used in traditional English recipes (Grandma swore by it for the best recipes especially pie crusts and pastry), the best substitute for lard is butter. There are other alternatives as well. If you prefer, you can use oils like coconut, vegetable, or olive. You need a little more butter, you will need to replace 1 cup of lard with 1 1/4 cup of butter. Coconut or olive oil are 1 cup for 1 cup and will affect the flavour. Coconut would give a nice nutty touch to the recipe.