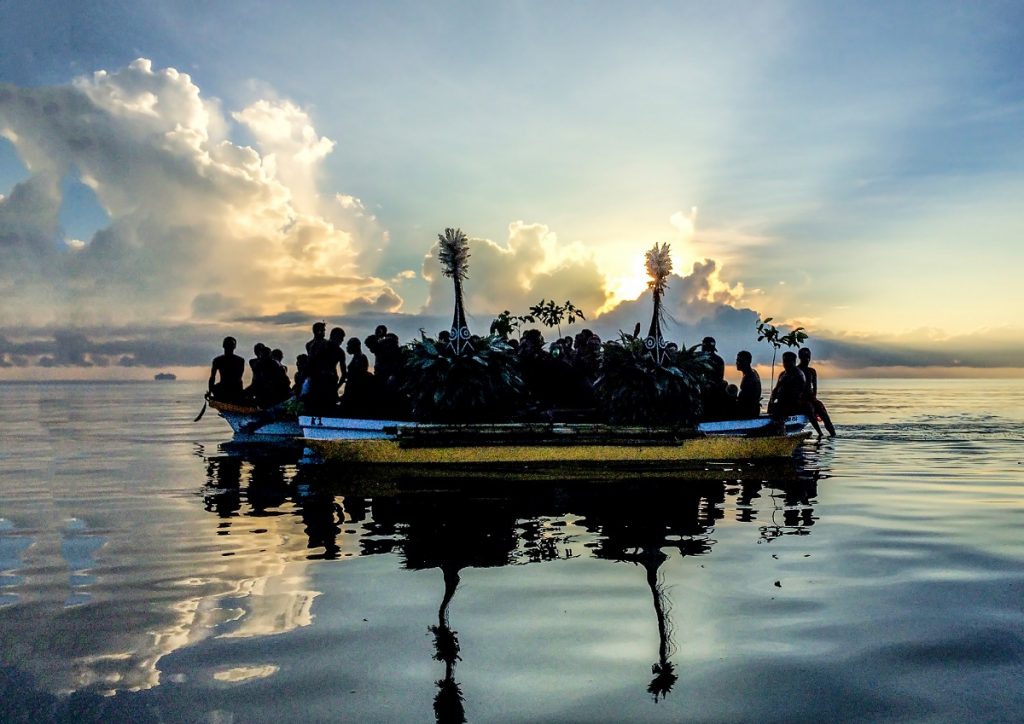 WOMADelaide 2018 is on its way and we are excited! We will be covering the event across the 4 days, including artists, and the Planet Talks. In coming weeks we will be featuring a number of artists and speakers on the blog. The full program of speakers and presenters for The Planet Talks, its renowned series of political, social and planetary discussions hosted as part of the festival, will be bookended by two featured talks. The first, which will open the 2018 Planet Talks program, is from one of the world’s most prominent environmentalists Tim Flannery. Current Professorial Fellow at the Melbourne Sustainable Society Institute and chief councilor of the Australian Climate Council, Flannery’s keynote and subsequent in-conversation with legendary Australian science broadcaster Robyn Williams, will offer rays of hope for a more sustainable relationship with the planet.

The second feature talk, hosted on the Monday of the festival, will see award-winning foreign correspondent Peter Greste examine the current state of Press Freedom and what it means for democracy. This talk will be followed by a conversation with multiple Walkley-award winning Guardian Journalist, Ben Doherty. As a foreign correspondent for Reuters, the BBC and Al Jazeera Greste’s work has taken him to hot spots around the world but in recent times he has become best known for his campaign for press freedom after spending more than 400 days in a Cairo prison after an Egyptian court sentenced him and his colleagues to seven years for producing false news to defame Egypt.

“Our ambition for The Planet Talks is to provide a civilized forum for informed discussion and debate about many of the key issues which confront humanity,” said WOMADelaide Director Ian Scobie.
“This year’s extraordinarily diverse array of panels and topics will haven the opportunity to listen, think, engage and, at the conclusion of the event we hope, feel informed and positive about our future.”

Joining Tim Flannery and Peter Greste in the program is veteran New York Times environment writer and nature author Jim Robbins, well-known comedian, writer, producer, television and radio host, and Vice President of Flora and Fauna International, Rove McManus and scientific director and professor of animal behavior at Flinders University, Sonia Kleindorfer, who will host a unique session unraveling The Wonder of Birds. Hosted by Robin Williams, The Wonder of Birds will offer a rare insight into the lives of birds and the powerful and surprising ways our feathered friends have shaped human life and our understanding of the world we live in. This is one that I am really looking forward to, with my passion for birds.

Opening the discussions on Sunday will be The ABC’s Eleanor Hall, hosting a discussion about AI and the technologies set to disrupt our sustainable relationship with the planet. The session featuring one of the world’s leading technologists, Genevieve Bell, internationally renowned AI researcher, Toby Walsh and Kristin Alford , Futurists and Director of UniSA’s MOD. will be recorded for broadcast as a special edition of Hall’s Techtopia segment on the ABC’s The World Today.

Marie Claire editor at large and Australia’s leading ethical fashion writers Clare Press, will talk about the real cost of ‘fast fashion’ in a live edition of her popular ‘Wardrobe Crisis’ podcast. We will be featruing Clare on the blog soon, talking about sustainable fashion. Joining Clare will be Megan O’Malley and Gab Murphy, two fascinating and self proclaimed ‘dorks’ who walked 3500 km across Thailand, Vietnam, Laos and Cambodia meeting, learning and documenting stories of people creating fashion in positive and sustainable ways.