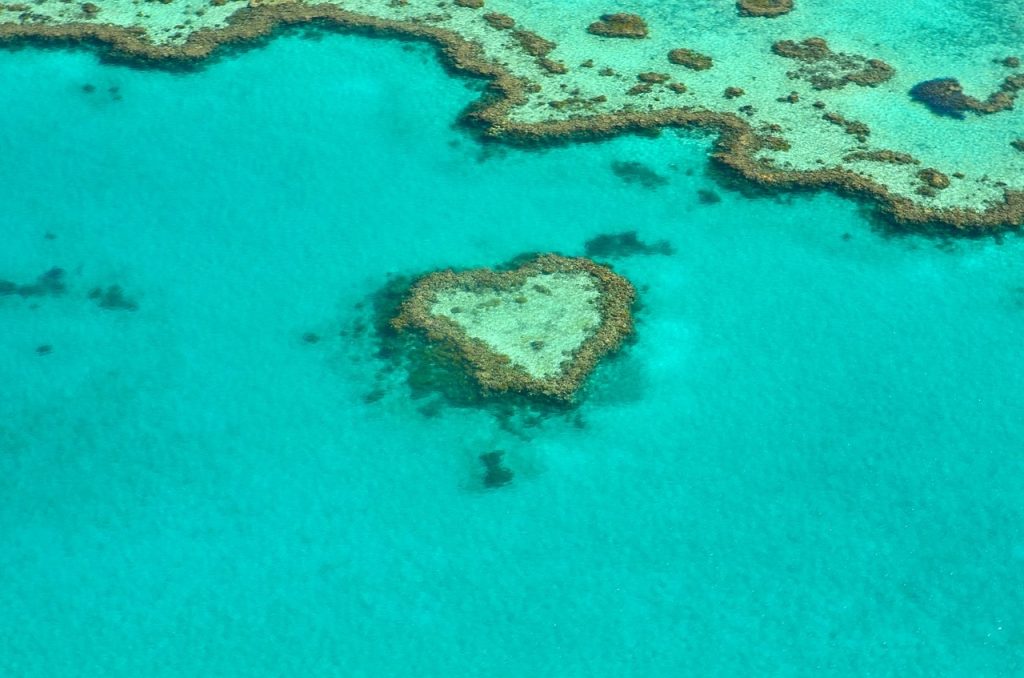 Dr Jodie Rummer, one of the line-up at the fabulous Planet Talks in 2019 at WOMADelaide, is  an Associate Professor at the Australian Research Council (ARC) Centre of Excellence for Coral Reef Studies, James Cook University. She has had had six consecutive years of competitive ARC fellowships. Jodie also received the highly prestigious UNESCO – L’Oréal Women in Science Fellowship for Australia and New Zealand, and was named one of Australia’s top 5 scientists under 40 by the ABC and Radio National. Dr. Rummer’s research combines marine biology and physiology, to address issues important to conservation, namely the effects of climate change and other human-caused problems on fishes, sharks, and rays. I had a chat with Jodie, to find out more about her passion for the sea, her current work and what she will be talking about at WOMADelaide 2019.

Can you tell us about you and your background

I’m currently an Associate Professor and Principal Research Fellow at the Australian Research Council Centre of Excellence for Coral Reef Studies at James Cook University in Townsville, Queensland. I moved to Australia in August 2011, after being hired to use my scientific background to build a research program. The aim is to understand how coral reef fishes, including sharks and rays, will be affected by human-induced stressors – namely climate change.
Prior to arriving in Australia, I lived in Hong Kong for a year, where I did my post-doctoral fellowship (kind of like a residency after you earn your PhD), and prior to that, I lived in Vancouver, Canada, which is also where I did my PhD. I was born in the United States and completed my Bachelor’s, Honours, and Master’s degrees there.

What is your current research focus and what drew you to this topic?

I often refer to my research program as “aquatic athletes in a changing world”. This is because my field of physiology is related to changes in performance often associated with athleticism; such as metabolism, blood flow, cardiac and respiratory function, movement, and recovery from exercise… but my ‘athletes’ are fish! This includes sharks and rays.
Maintaining performance is essential for a fish to survive, thrive, and ensure they produce subsequent generations. Their performance can be dramatically compromised under stress. The number one stressor for fish, across the board, is climate change.
I love physiology because it is like problem solving using all of my favourite subjects: biology, physics, chemistry, and mathematics, and because now we can use technology similar to that used in human athletes. This includes things like wearable fitness trackers and point-of-care blood analysing devices. It’s really a neat comparison – human athletes vs. fish athletes. But in all seriousness, physiological research can give us information about an animal’s tolerance limits under certain conditions, such as elevated temperatures, or toxic levels of pollutants. We can use these findings to better inform conservation and management of species and habitats.
I have always been drawn to marine life and the oceans, since I was quite young, watching documentaries on television and learning to snorkel and scuba dive. I like that my research findings can help make a difference toward conservation and help us understand how we can better protect marine life and biodiversity and nature as a whole.

Why are fish so important to our survival?

The numbers are easy to find. About 3 billion people rely on wild caught and farmed seafood as their main source of protein every year. Food-wise, it’s the largest traded commodity in the world! That being said, it’s not sustainable at the rate we are going. Moreover, the damage being done to the oceans via climate change, overfishing, pollution, and other human activities, is dramatically stressing these ecosystems and the resources they provide.
80% of worlds fish stocks are overexploited (UN FAO). The result of these dwindling numbers and declines in habitat quality will impact humans. This includes the availability of seafood, as well as upset to the balance of marine ecosystems worldwide. The oceans provide us with oxygen – half of what we need in fact. And, the oceans remove about one-third of the carbon dioxide emitted into the atmosphere (e.g., from burning of fossil fuels, emissions). So it follows that having healthy oceans in general, is literally critical to our existence and the health of the planet.

What is the biggest problem we face when it comes to the reef?

Climate change is the biggest problem the reef is facing today.

What are the top 3 things people can do themselves to make a difference?

Start with “Meatless Mondays” and then see where you can go from there. See if you can go to eating meat only once per week. It’s not just that seafood is unsustainable, but land-based agriculture practices contribute immensely to greenhouse gas emissions into the atmosphere, which then warm and acidify the oceans. Plus, the run-off from agricultural activities is causing sediment to smother fish and coral reefs, and the fertilizers are creating “dead zones” in the oceans, making them devoid of oxygen. Shifting toward a more plant-based diet is action an individual can do that will have the most impact on the planet.

Fossil fuel use is warming the planet and therefore warming and acidifying the oceans. Fossil fuels are used for nearly everything. You can reduce your footprint a bit further by choosing items without plastic packaging and going beyond the old slogan of “reduce, reuse, and recycle”. Primarily, focus on “reduce”.
You can vote with your dollars every day – in the food you buy and eat, in the products you choose to use and the packaging that items come in (or don’t!). Let’s make our votes count.

As individuals, we can make choices that will be better for the planet, but we can also band together and voice our concerns to those in charge of policy and legislation around climate action. Developed countries like Australia have the intelligence and technology to move beyond fossil fuel use toward relying solely on renewables. But, if we as individuals don’t pressure our representatives toward this, it will not happen. We need not be so short sighted (jobs today) and look toward our children and grandchildren’s lives and the legacy we leave them (a future for this planet).

Do you think there is hope that we can reverse some of the damage on the reef?

Yes! There is always hope! But, we need to start today! Everyone needs to come on board.

What will the impact be if big oil continues to explore our oceans?

The oceans will still be there, but ocean life as we know it – the biodiversity, species richness, colours, life, brilliance, and beauty – will not be.
Not only is the risk of oil spills and pollution of the oceans of paramount concern, but the increased boat traffic and associated boat noise, and noise from pile driving and exploration, will impact marine life today and across generations.
Furthermore, if we keep advocating for fossil fuel exploration and use, we will not limit the warming of the planet to 1.5 degrees Celsius. And, we know what an increase of 1 degree Celsius did to the Great Barrier Reef in 2016 and 2017….The impacts will be both direct and indirect, as well as acute and long-term. It’s a bad idea, hands down.

What will you be talking about at Womad and what are you looking forward to about the festival?

I will be talking about the effects of oil on marine fishes, especially newly hatched fishes, as well as the overall effects of climate change induced ocean warming and acidification on marine fishes, all of which forms the basis for my research program.
I’m excited to meet other enthusiastic, driven, innovative, planet-saving, mind-blowing individuals that are part of this year’s festival… and… the food (vegan, of course)!
It sounds like incredible amd vital work, and a talk not to miss – head here to book your tickets, but be quick!
Helen – PS watch Jodie’s TED talk below