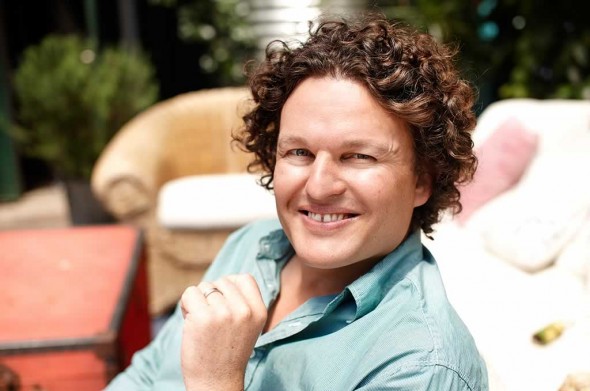 I have posted about Josh’s House, a 10 Star housing development near Fremantle in WA, a few times in the past.  This home owned by Josh Byrne from Gardening Australia, is demonstrating that high performance energy and water efficient housing can be delivered for a similar price and timeframe to conventional homes.

The three bedroom, two bathroom home appears from the outside like an everyday house, but it is on the performance side of things that it packs a sustainable punch. Designed to be comfortable year-round without the need for air conditioning, Josh’s House generates more power than it uses and collects most of its own water. It also acts as a ‘Living Laboratory’ as part of a research project undertaken by Curtin University, the CRC for Low Carbon Living and Josh Byrne & Associates (JBA), where data is collected and shared via a wide range of open source communication activities including videos, factsheets and events.

Having lived there for 3 years, Josh has two exciting new initiatives being announced which you may be interested in following – a solar energy storage battery trial, and an on-line data display where you can observe just how the house and the battery system are performing.

Here are some fast facts about solar energy in Australia

• In Australia more than 1.4million households have rooftop solar panels, with double digit growth every year.
• In Perth one in five homes have solar power. Combined they equate to the biggest source of power generation in the state.
• The battery system installed at Josh’s House stores 8kWh of usable electricity. Coupled with the existing 3kW power system, it is expected that the household will only rely on grid power for approximately 3% of its power needs – mainly during cloudy periods in winter.
• The system at Josh’s House cost around $12,000 installed and will take around eight to ten years to pay off through reduced bills.
• Multiple suppliers will soon be offering solar plus battery systems which will see a drop in prices due to increased production and competition.
• Connection of a battery storage unit to the electricity grid requires approval from the network owner.

The popularity of roof top solar power generation continues to grow across Australia and can now be considered mainstream technology. Despite this success, an obvious drawback to using solar power on its own is that it is only available when the sun is shining. At night time households are still completely reliant on the grid – often from fossil fuel sourced power such as coal and gas, and with the cost of electricity being considerably higher per unit than the solar feed in tariff, householders can still get hit with hefty bills. In addition to maximising the on-site benefits of solar generation, battery storage can also play a role in smoothing peak demand issues on the broader grid, reducing the need for costly network upgrades.
At Josh’s House an existing 3kW solar panel system installed at the time of construction produces nearly double the electricity used over the year, making the house comfortably ‘net zero energy’. Despite this, monitoring undertaken over the past 12 months has shown that over half of the power consumed (56%) is still being sourced from the grid, making storage an attractive option.
The system works by storing excess solar power generated during the day so it can be used at night. Once the batteries are full, surplus power generated from the solar panels is diverted to the grid. If the household demand exceeds solar generation and battery storage, then power will be drawn from the grid. If there is a black out, then the batteries will provide backup power.
The system uses lithium iron phosphate battery technology – similar to what is used in mobile phones and lap top computers. They are safe, maintenance free, long lasting (10-15 years) and recyclable. According to JBA Director and Curtin University researcher Josh Byrne, this is one of the first grid connected solar storage systems on the Perth electricity network, and the first of its kind nationally where its ‘real-life’ performance can be monitored by industry and the general public.
‘Whilst there has been a lot of buzz around solar battery storage in recent months, the reality is it is still an emerging technology in terms of product availability and regulatory approvals’, said Mr Byrne. ‘Like everything else at Josh’s House, we see this part of the project as an important opportunity to showcase new ideas about low carbon living. Most importantly we want to be able to share the data on how these systems perform in a real-life setting, to demystify the technology and help inform the conversation on the role battery storage might play in the transition to a renewable energy future.’

The Josh’s House battery trial was initiated by researcher Jemma Green, working with Professor Peter Newman from the Curtin University Sustainability Policy Institute. Jemma and Peter are working on other battery trials as well – with the intention of the research being to understand how the technology works, what are the challenges to deployment, what are the implications for mass uptake of this technology in our energy system and how can it be mainstreamed.
They expect the battery technology will work well for households that want to complement their existing solar systems and also those who want to install solar panels and batteries at the same time. They also anticipate a substantial uptake of the batteries over the next five years as costs come down and expect mainstream adoption of this technology within the next ten years.
Find out more at the Josh’s House website.

The Josh’s House video series is produced by VAM Media