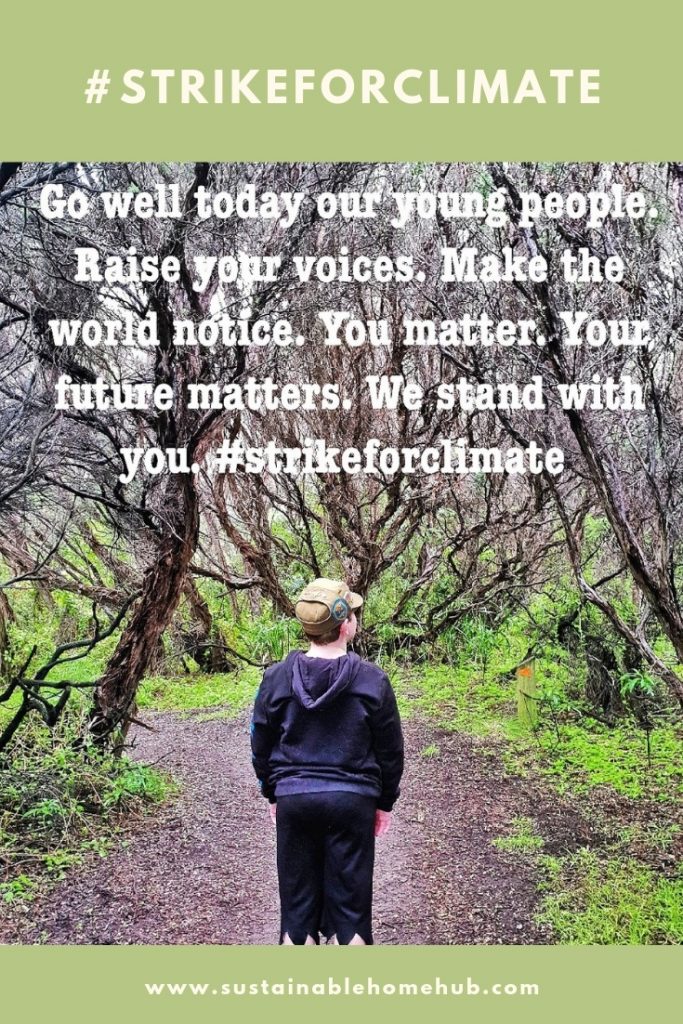 Dear people saying kids are ‘wagging school’ today to #strikeforclimate,
They are not striking to ‘get a day off’ and they shouldn’t have to raise these issues ‘after hours’. The point of a strike is to use the power of your labour to raise an important issue. The point is to make people listen, to create debate. Holding this outside of school hours makes it a protest. Which is good. But, climate change is a crisis. It is way past being a protest. It is about survival of our planet. What better way do children have, to make this heard?
School Strike For Climate, also known in different places across the planet as ‘Fridays for Future’, ‘Youth for Climate’ or ‘Youth Strike 4 Climate’, is a growing international movement of young people, who are choosing to strike from school in order to join in with demonstrations, demanding that action be taken to prevent further global warming and climate change.
It began when Greta Thunberg, a Swedish student, staged an action outside the Swedish parliament, holding a sign that read “Skolstrejk för klimatet” or “School strike for climate” during August 2018. Inspired by Greta, a number of large school strikes followed in November 2018. In Australia, thousands of school students were inspired to strike on Fridays, ignoring Prime Minister Scott Morrison’s call for ‘more learning in schools and less activism’. In December student strikes continued at least in 270 cities, in countries including Australia, Austria, Belgium, Canada, the Netherlands, Germany, Finland, Denmark, Japan, Switzerland, the United Kingdom and the United States.
So, no, it wasn’t started by adult ‘greenies’ wanting to use children as ‘pawns’ in their poilitical games. This is not a game.
Why are young people striking for this particular issue in this way, and not others? It is not because they are not interested in issues of employment, housing, poverty, drugs, body shame, diversity, sexuality, abuse, violence, war, and all of the things that affect their lives. It is because climate change is about their very survival, their basic human rights to walk outside in the air without burning, swim in the sea without choking with plastic or acidity, eat food grown where they live, enjoy diversity in nature and ecosystems, breathe the air. It’s about our planet’s survival. It’s about their survival.
Global climate change has already had very real and very visible impacts on our environment. Glaciers have shrunk, the ice on rivers and lakes is breaking up earlier, plant and animal ranges have shifted, habitats have been devastated, and trees are flowering sooner. Effects that scientists predicted would result from global climate change, are happening NOW. This includes loss of sea ice, accelerated sea level rise and longer, more intense heat waves.
Scientists predict that global temperatures will continue to rise for decades to come, largely due to greenhouse gases produced by human activities.  There are widespread, devastating impacts.
Carbon dioxide, one of the heat-trapping greenhouse gases that pushes global warming, hangs around in the atmosphere for hundreds of years, and the planet (especially the oceans) takes time to react to this warming. Even if we stopped emitting all greenhouse gases now, global warming and climate change will continue to affect future generations. This means those who are here, will have to live with some level of climate change. But sadly, despite increasing awareness of climate change, our emissions of greenhouse gases continue on a relentless rise, and we continue to slash forests and make choices in the way we live, that only feed climate change.
Because we know there is going to be some level of climate change, responding to climate change now involves a two-pronged approach:

Mitigation – reducing climate change – includes lowering the flow of heat-trapping greenhouse gases into the atmosphere, either by reducing the source, such as stopping the burning of fossil fuels for electricity, heat or transport; and increasing how we acumulate and store these gases, by creating sinks – this includes our oceans, forests and soil.
The aim of mitigation is to try and reduce our human impact on the climate system, and stabilize greenhouse gas levels. This needs to be in a timeframe that is long enough to allow ecosystems to adapt naturally to climate change, ensure that food production is not threatened, and to enable economic development to progress in a sustainable way (from the 2014 report on Mitigation of Climate Change from the United Nations Intergovernmental Panel on Climate Change, page 4).
Adaptation – adapting to life in a changing climate – involves adjusting to the actual or expected future climate. The goal is to reduce our vulnerability to the harmful effects of climate change (like sea-level rise, more intense extreme weather events, or food insecurity). It also includes harnessing any potential beneficial opportunities related to climate change – such as longer growing seasons or increased yields in some areas.
So, we have solutions. We have ways to reduce, prevent and halt this climate crisis. If we act now.

Go well today all of you strong, beautiful, children. Many of us hear you. We are with you, doing everything we can. We are walking together. Let’s hope those with the power to change the world, listen and take action
💕💕💕 love Helen