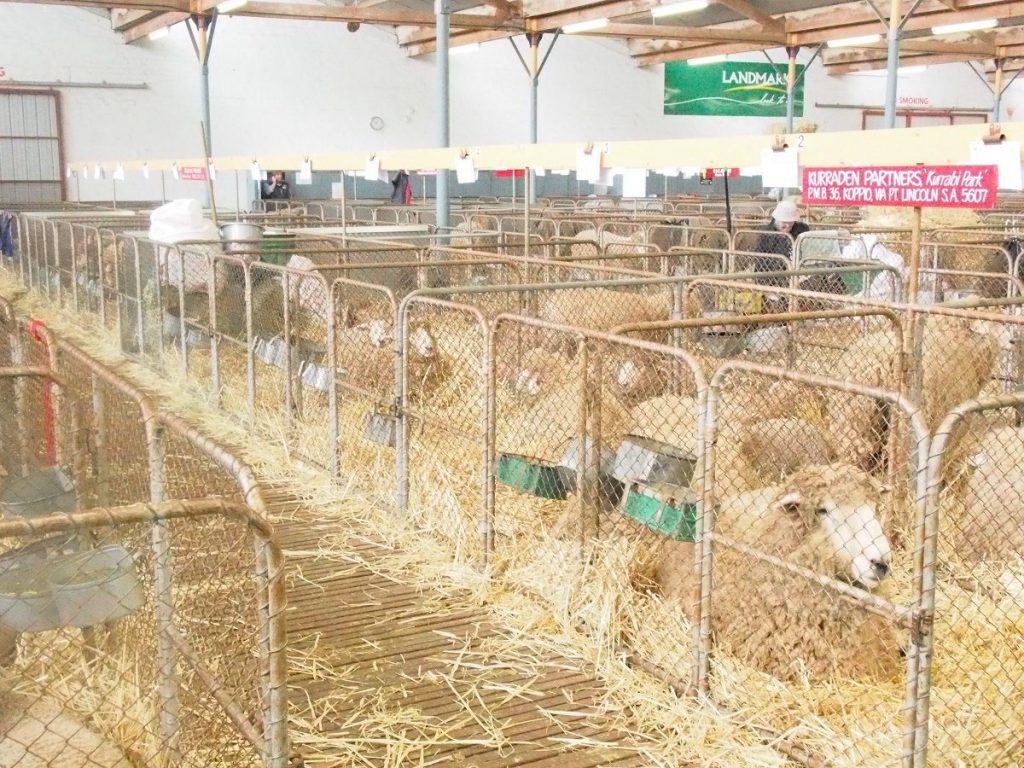 Do you go to your local agricultural or royal show? We recently headed to the Royal Adelaide Show which is an institution in South Australia, and firmly entwined in my memories. These start as a child going to the show with my parents back when the show bags were real free sample bags and the rides very tame, through to the years of crazy rides and sideshow alley with my friends, followed by a ritual of taking my children each year and exposing them to the real side of the show – the rural and country crafts, livestock, produce and lifestyle that is such an important part of our country.

We took the Ford Mondeo for a spin to the show, which I am test driving as part of the voices of 2015 competition – you can read more here. The kids were very excited and Mr Recycled was very impressed with the parking sensors because we parked in our oldest son’s apartment literally right across the road (GREAT work by him and his partner to score THAT apartment!), but it is a very TIGHT park with poles. There may have been swearing, but then the Mondeo was beeping to tell me I was about to hit a pole, or maybe it was the swearing beep!
We discussed using the Active Park Assist, which is something we have never experienced, (essentially the car helps you find a park and then you go hands free and it helps you park!) but in this case the sensors were enough. However it means all parking situations are covered, and we plan to try this out soon. And the kids are still fascinated by the world first rear seatbelt airbags! I also love the electronic park-brake which means there is extra space for the centre console which Ford has used cleverly for storage spots and cupholders.

Once we were safely parked without hitting any poles, we walked across and entered the show right in sideshow alley, which has become more and more swollen with rubbish toys and novelties, destined for the landfill within weeks if not days, yet still the Laughing Clowns hold a special place in our hearts and we always give Maxwell (and me!) a few shots on the clowns.  Many of the showbags are either more of the same plastic rubbish, or jam packed full of empty calories, but we always allow the kids to choose a couple each, with our guidance, and there are some good ones. The yellow brick road is a favourite as you can go around the show and collect produce on the way. This year I also bought the South Aussie produce bag which was a true sample of SA products, and great value. The rides are now a mix of the original such as the ghost train, with the terrifying, which have tragically even led to death here. None of us like rides so we stay well clear of those!We wandered through as quickly as possible, blocking our ears and holding hands tightly, tummies full of excitement about the day ahead.

The real heart of the show is not in sideshow alley however. It is in the cow sheds and the dairy pavilion and the sheep corrals. It’s in the knitting and the fruit displays and the cake competitions, the wood chopping and the textiles, and the cats and dog shows. It is in the people who come to show their wares and vie for the top spots in their chosen area, and a chance to show city dweller what it is all about.
Like most, the Royal Adelaide Show has a long and rich history which you can read about here. The South Australian Agricultural Society was formed in 1839- “for the advancement of agricultural and pastoral knowledge, and to promote the development of the natural resources of our noble Colony” and in 1840 the first Produce Show was held on 8 December in the yards of Fordham’s Hotel, Grenfell Street. The exhibits were vegetables, cereals, cheese, wool and leather.
Now many events are held at the huge showgrounds during the year, with the Royal Show being the centrepiece. One of the most exciting things in recent times was that in 2014 the Adelaide Showground was declared an official power station. One thousand kilowatts of solar panels were installed on the roof of the Goyder Pavilion, with the $8 million project the largest rooftop photovoltaic installation in Australia – five times the size of the next largest installation at Melbourne’s Victoria Markets. 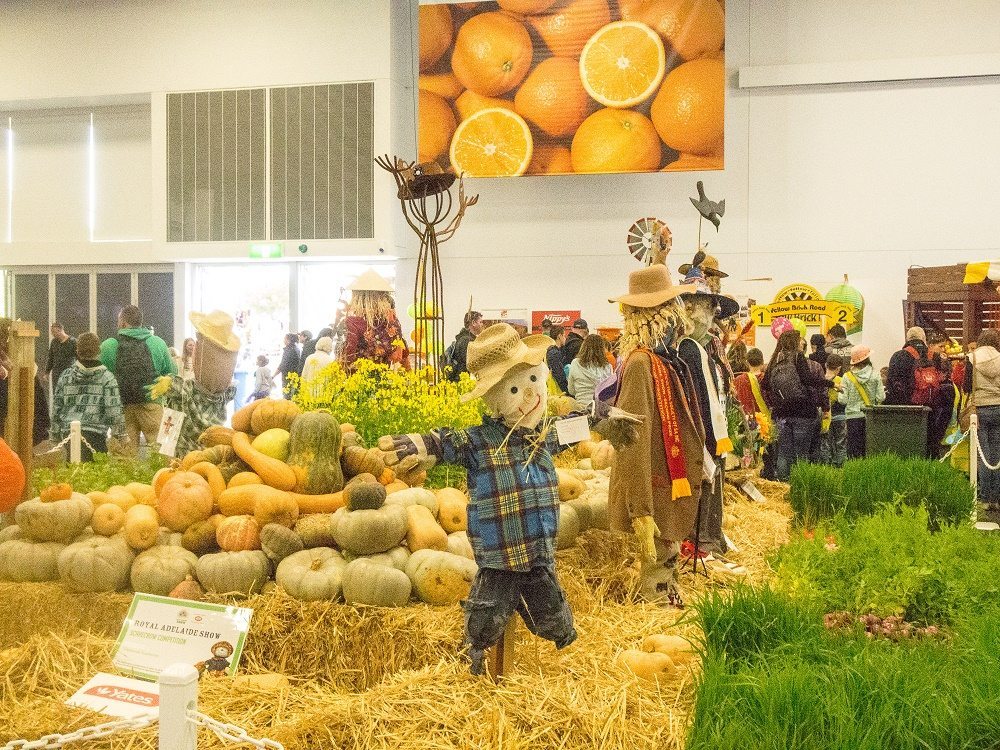 The project has around 10,000 square meters of solar panels, generating 1,400 mega-watt-hours (MWh) of solar electricity – the equivalent to powering over 200 South Australian homes per year and saving around 1,400 tonnes of greenhouse gas emissions each year. The new pavilion was also designed and built to achieve a range of positive outcomes for the environment, with provision of underground storage of 3.5 million litres of water captured from the roof space and a suite of other environmental aspects. Read more here. Such clever thinking, you could say it is #fordthinking! 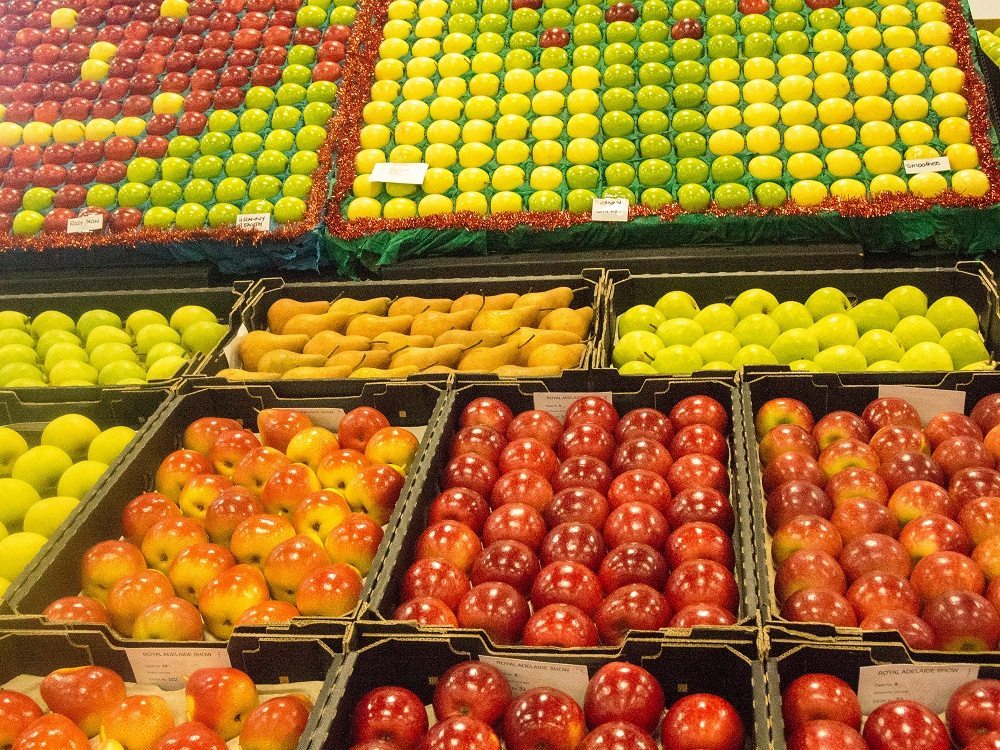 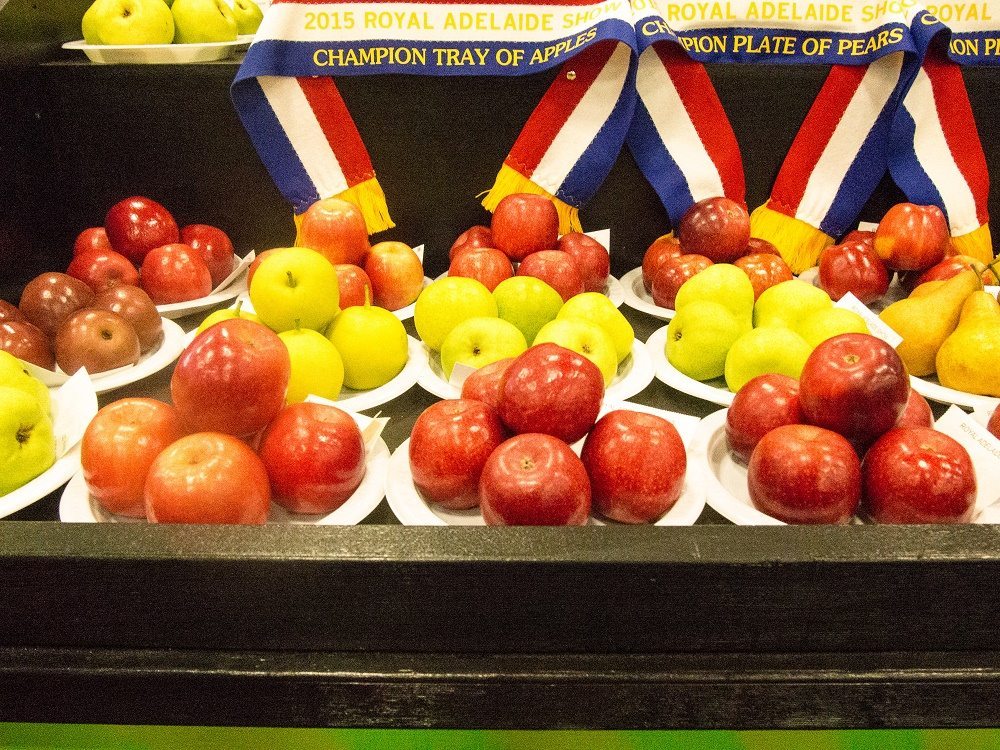 Our favourite part is always the produce, the food, and the animals. We all love the animal nursery, the sheep and cows and the pig races and the wood chopping is always a hit! In a visit in 2013, African farmer, Inonge Mubanga, said that Australian agriculture could hold the secret to many of the human social and disease problems currently facing many small African villages and communities. You can read more here in this article.

The young female farmer, from the village of Kaniki in Zambia, believes that agricultural enterprises can improve the lives of the 400 people in her village. She visited during a one-month study tour of South Australian dairy and pig farms in 2013 and her six-hectare pig, dairy cattle and banana farm currently employs three people, but Inonge has plans for a 300-cow dairy employing a minimum of 40 workers.
Royal Agricultural & Horticultural Society President Richard Fewster, who met Inonge when travelling in Zambia  as part of a world conference of Royal Agricultural shows, said with diseases like HIV Aids ravaging Ms Mubanga’s community, very high unemployment, boredom and a lack of local enterprises were major side effects. It is heartening to think that our rural communities could make such an  impact on communities so far away.

In 2015, the Royal Adelaide Show Society celebrated 176 years of being in the forefront of South Australia’s agricultural and horticultural interests, and staged its 240th Show, which is believed to be a world record. Now that really is something special.

Here is a little video of our day! Check the cute baby animals!! Do you love your local show? I would love to hear about your experiences with the show, or your automatic parking if you have done that and how you found it?
Helen
xx