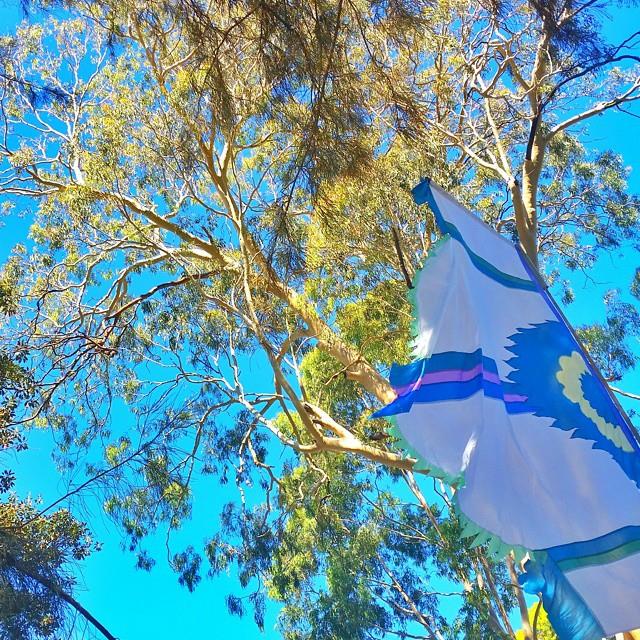 WOMADelaide, one of our highlights of the year for us at Recycled Interiors, is celebrating its 25th anniversary in 2017 from 10-13 March. The second round of a further 27 groups in the lineup for next year’s festival, including headline shows from the Balkans’ gypsy-rock supergroup Emir Kusturica & the No Smoking Orchestra and Austrian electro-swing pioneers Parov Stelar, have been released. Leading the charge is the feisty 11-piece Serbian band headed by controversial filmmaker Emir Kusturica, who has twice won the Palme d’Or at Cannes Film Festival. Emir Kusturica & the No Smoking Orchestra are a genre-defying and irreverent band whose frantic ‘unza, unza’ versions of rumba, rock and gypsy music are incredibly entertaining and slightly mad. Austria’s electro-swing stars Parov Stelar, fronted by singer Cleo Panther, will make their Australian debut exclusive to WOMADelaide. Their insanely catchy music that has been used in advertising campaigns across the world with joyous horns and sophisticated style, has the sass and panache of 1920s cabaret, with modern-day dance floor appeal.
In total contrast comes one of the greatest African stars of her generation, the majestic and gifted Oumou Sangare. Endearingly referred to as the ‘Songbird from Wassoulou’, Sangare’s music is funky and vibrant but her lyrics always challenge convention; from bold expressions of sensuality to passionately advocating for women’s rights.

Other artists include the debut of Baba ZuLa’s psychedelic Turkish rock n roll; Nattali Rize, the new Jamaican reggae project for Natali Pa’ap’a ex Blue King Brown; the sassy brass of New Orleans street band in the Hot 8 Brass Band and the stunning vocals of Sahrawi singer-activist Aziza Brahim. Australian artists will include:- the dreamy new Angus Stone side project, Dope Lemon; the loops and soundscapes of D D Dumbo and the socially-conscious hip-hop of L-FRESH The Lion and “Attractor” from Queensland’s Dancenorth and leading choreographers Gideon Obarzanek and Lucy Guerin. Together with Indonesia’s Javanese trance musicians Senyawa, Attractor will take audiences on a trancenoise odyssey transcending the borders of dance, music and ritual. Commissioned through the Australian Government’s Major Festivals Initiative with Arts Centre Melbourne’s Asia TOPA, Brisbane Festival and WOMADelaide, this immersive work will presented on a special ‘surround’ stage where the demarcation between dancer and audience dissolves as the performance transitions into a large-scale dance event.
The festival site will also host the extraordinary installation Giidanyba by Indigenous artist Tyrone Sheather, a sound and visual installation using ancient stories and new technology, where sound and light are made responsive to the movement of the audience moving through seven floating ‘sky beings’ representing his spiritual ancestors and Gumbaynggirr Dreaming culture. “Since 1992 WOMADelaide has always been an extraordinary meeting point of cultures, performances and artistic creativity from around the world and the artists announced today truly showcase this diversity of cultural experience for the widest possible audience” said WOMADelaide director Ian Scobie “To be able to have Dancenorth’s Attractor presented alongside Turkish rock and roll, one of Mali’s most stunning vocalists & cultural ambassadors, and Austrian electro-swing truly epitomizes the cultural diversity of WOMADelaide.”
It has always been a very important time for our family since my boys were babies and they have all grown up as WOMADelaide kids, dancing under the beautiful canopy of Botanic Park. The Planet Talks are another highlight and we will post more details on the line up soon. The Recycled Team will once again be there across the weekend sharing the event, and will feature some of the artists across the next couple of months in the lead up.
The Electrolounge and Planet Talks programs will be released in the coming weeks and the final WOMADelaide 2017 program announcement will be in January 2017.
WOMADelaide, 10-13 March 2017,  Botanic Park, Adelaide, South Australia.
For information and tickets visit www.womadelaide.com.au