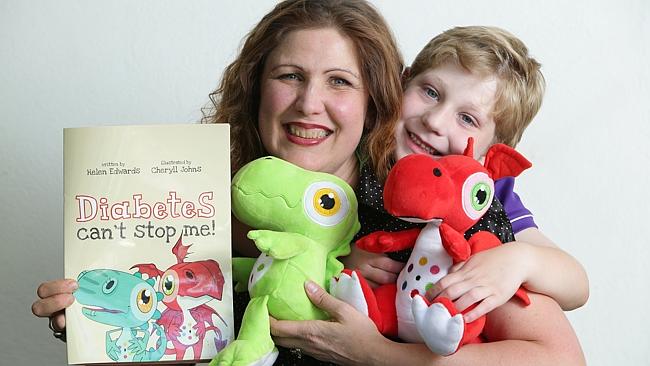 In a year that has  been nothing short of amazing, I have another exciting announcement today – the finalists for the 2016 Australian of the year have been announced for South Australia and, I am one!! I didn’t even know I was nominated until I got a call a few weeks ago to say I was shortlisted in the top 4 for the Local Hero category in South Australia, out of 8,500 nominations! At the time I was waiting to hear about the Telstra Business Women’s Awards state winners, so all in all it has been a crazy few months.
I am very very humbled to be among the following list.
2016 SOUTH AUSTRALIA’S AUSTRALIAN OF THE YEAR
Professor Peter Buckskin PSM FACE – Educator (Adelaide)
Peter Drew – Street artist (Norwood)
Dr John Greenwood AM – Plastic surgeon (Athelstone)
Kate Swaffer – Dementia advocate (Wattle Park)
2016 SOUTH AUSTRALIA’S SENIOR AUSTRALIAN OF THE YEAR
Peter Couche – Stroke survivor (Toorak Gardens)
Monica Oliphant AO – Scientist (Bedford Park)
Tauto Sansbury – Aboriginal elder (Norwood)
Phyl Skinner OAM – Entertainer (Parkside)
2016 SOUTH AUSTRALIA’S YOUNG AUSTRALIAN OF THE YEAR
Arman Abrahimzadeh – Domestic violence campaigner (Adelaide)
Genevieve Handley – Health activist (Unley Park)
Daniel Spencer – Climate activist (Clarence Park)
Manal Younus – Diversity Champion (Adelaide)
2016 SOUTH AUSTRALIA’S LOCAL HERO
Ian Cox – Community advocate (Morphettville)
Helen Edwards – Diabetes innovator (Rostrevor)
Claire Foord – Stillbirth educator (Glenelg North)
Lavene Ngatokorua – Community champion (Port Augusta)

We now wait to enjoy the finals ceremony when South Australia’s Australian of the Year, Senior Australian of the Year, Young Australian of the Year and Local Hero Award recipients will be announced, on Wednesday 11 November at the Adelaide Entertainment Centre. The South Australian Award recipients will then join recipients from all other States and Territories as finalists for the national Awards, which will be held in Canberra on 25 January 2016. It is a group of amazing people, and just being part of it, as with the Telstra Awards, is a real pat on the back for all the work I have done over the past 15 years, and the dedicated team of family, friends and volunteers who have been there all the way. I am so excited that I am a finalist and I am honoured to be considered amongst this great group of South Australians.
In a year that has seen me listed in the top 30 home and wellbeing blogs in Australia via the Kidspot Voices of 2015 awards, being taken on as a Bloggerati by Nuffnang, a state finalist in the Telstra Business Women’s Awards and now this – I feel like Christmas has been here all year! Dream big, stay passionate, create community and work hard, and dreams really can come true.
National Australia Day Council CEO, Mr Jeremy Lasek, said the South Australian finalists are among more than 120 great Australians being recognised as State and Territory finalists in the Australian of the Year Awards.
“The South Australian finalists reflect the great diversity of talents the people of this State have and we can all inspired by the dedication they all have to create positive change in society,” said Mr Lasek.
The Commonwealth Bank has been a proud sponsor of the Australian of the Year Awards for more than 36 years.
“The Australian of the Year Awards recognise people in our community for their remarkable contributions and achievements. We believe it is important to say thank you to people who make a positive difference, and inspire others to do the same,” said Mr Ian Narev, Chief Executive Officer of the Commonwealth Bank.
Here is how they have described me.
Helen Edwards – Diabetes innovator (Rostrevor)
Diagnosed with type 1 diabetes at 12 years old, Helen Edwards has used her life experience and training as a social worker to establish a suite of support tools and resources for thousands of Australians living with diabetes. Understanding how diabetes can engender anxiety and depression, Helen established an online counselling service to help others live fully with the disease. Gathering a team of healthcare professionals and volunteers, Helen provides online support for a range of groups. Despite being told she’d never have children, she is the mother of three sons and developed apps to help women with diabetes through their pregnancies. The author of an inspiring children’s book, Diabetes Can’t Stop Me, Helen has developed toys – Diabetes Dino and Diabetes Dragon – to be used as play therapy. An award winning blogger with a number of blogs on the go, Helen is passionate about helping all people live happier, healthier lives.
Thank you to everyone who chooses to share their lives with me in any way. Wish me luck! For more information on the Australian of the Year Awards visit australianoftheyear.org.au
Helen
xx