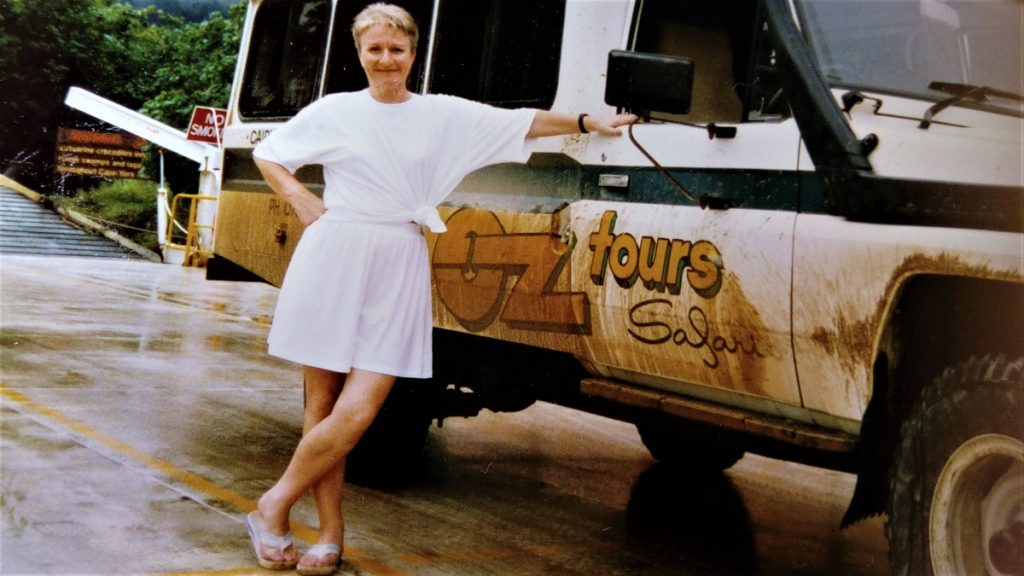 For author Judith Michael, writing is total immersion, especially if the genre is exciting. Of all the books she’s read and loved, it’s the speculative elements that are the most compelling to her. She loves the truly magical.

‘The ‘what ifs’ and the ‘just supposings’… the way the brain ignites with unforeseen ideas. I don’t think I would have survived a fraught childhood without imagination.’

One of Judith’s favourite quotes about this comes from Meena Shamaly, presenter of the Game Show on ABC Classic radio, ‘When you can dispense with the confines of normality, the results can be truly magical.’

Judith believes good speculative fiction, whatever its format, and no matter how far it roams from Planet Earth, will always reflect the issues that haunt our world, and from intriguing angles. She enjoys the challenge and the excitement of creating a character who travels through such a world.

‘The seer is making her first appearance in GriffinSinger (Vol 2) of my trilogy. My hands hover over the keyboard; I haven’t seen her face yet. My fingers move as she turns. I am stunned. She looks ill and I think she is dying.’

Like many writers, Judith says that human beings create stories to make sense of our world, and give meaning to our lives.

‘Isn’t this why the ancients created myths and legends? It’s the nearest we come to playing God, though my characters have their own opinions on that. The likeable protagonist, who first appeared in Songbird (Vol 1) soon made it clear she was in my story to be shitty and irritating if that’s how she felt.’

Judith thrives on the commitment of long works because they give her the chance to develop themes and places, and to live with the characters.

In the future, Judith hopes to write a sequel and says she is still there, caught in that final scene with the video still running. What will Dar Orien look like? What will be the nature of the realm’s survival? Or perhaps even a prequel.

‘I’m curious to explore what Dar Orien was like before the Rauballi invaders threw the realm into a crucible. The point-of-view would no longer be that of an alien who just wants to go home. I’d look for a local – maybe the herbalist. She’s caring; she also has a sharp wit and a quick tongue. A prequel would be the perfect opportunity to develop a more detailed world.’

In the future, Judith says she needs to improve her grasp of technology. And what’s the one place she would love to visit? The Scottish Highlands, and if that were to fail there’s a long list of other places that could qualify. As for Planet Earth, she wishes humankind would value our sentient nature, from the most ancient tree to a single pebble on the seabed. Finally, she says, show me a writer who doesn’t occasionally have the dream of a film contract.