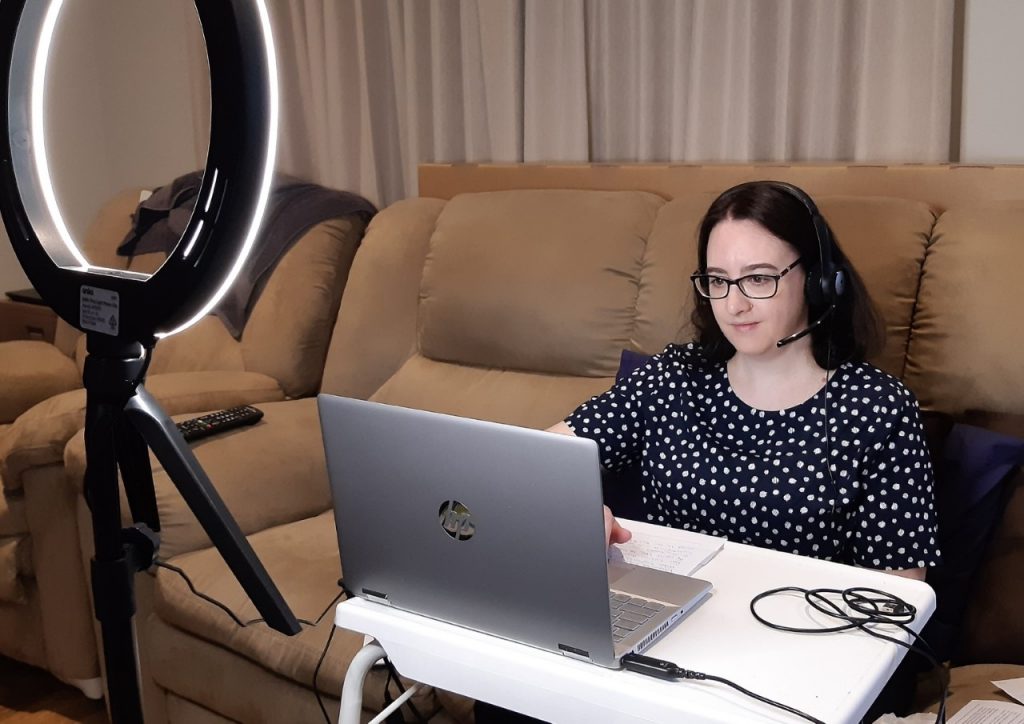 Laurie Bell writes MG and YA for girls. She believes children should feel like they can try anything, and in her stories, young girls and women take charge, find their inner strength, and become the hero.

‘In my books, girls and women don’t rely on others to save them. They save themselves and everyone else. They can do anything.’

‘My poppa (grandfather) read a book of fantasy short stories to me repeatedly, at my request, when I was very little. It had giant worms getting their heads cut off and knights and dragons and trolls getting violently slayed. The same poppa told my siblings and I about the Hob-yays who would be waiting outside in the dark for us (he made my Nana take rubbish to the outside bins when he told us this!). He had the BEST laugh and I miss him a lot.’

In a recurring theme of my #LoveAusAuthor blog series, Laurie says she writes because she ‘has’ to. She gets ‘antsy’ when she isn’t writing and always feels like she should be writing! She also writes because she believes stories are important and sharing those stories is even more important.

Laurie has a rich creative life and as well as writing, has taken singing lessons (and says she wasn’t horrible!), has acted on stage, (she says, badly, but she got away with it because it was an ensemble cast and the others were hilarious!) and directed preps in performing The Three Billy Goats Gruff, which she says, was a mad, mistake-ridden, hilarious short performance that no one could hear very well!

In the future Laurie would love an agent and wants to visit more schools and talk to more children about reading and how amazing it is! And how they can do anything they put their minds to. Her dream is to give up her day job and write full time (and actually be able to live off it.) She would also like a TV series or movie spin off of one or more of her books (the ultimate author’s dream!). Finally she wants to write IP (waves madly at Marvel, Star Wars, Doctor Who…basically all her favourite TV shows!!). Oh, and she wants to meet Neil Gaiman! Wouldn’t that be an incredible moment in the life of a writer.

Book links – find White Fire and The Good, The Bad and The Undecided in my Bookish Shop