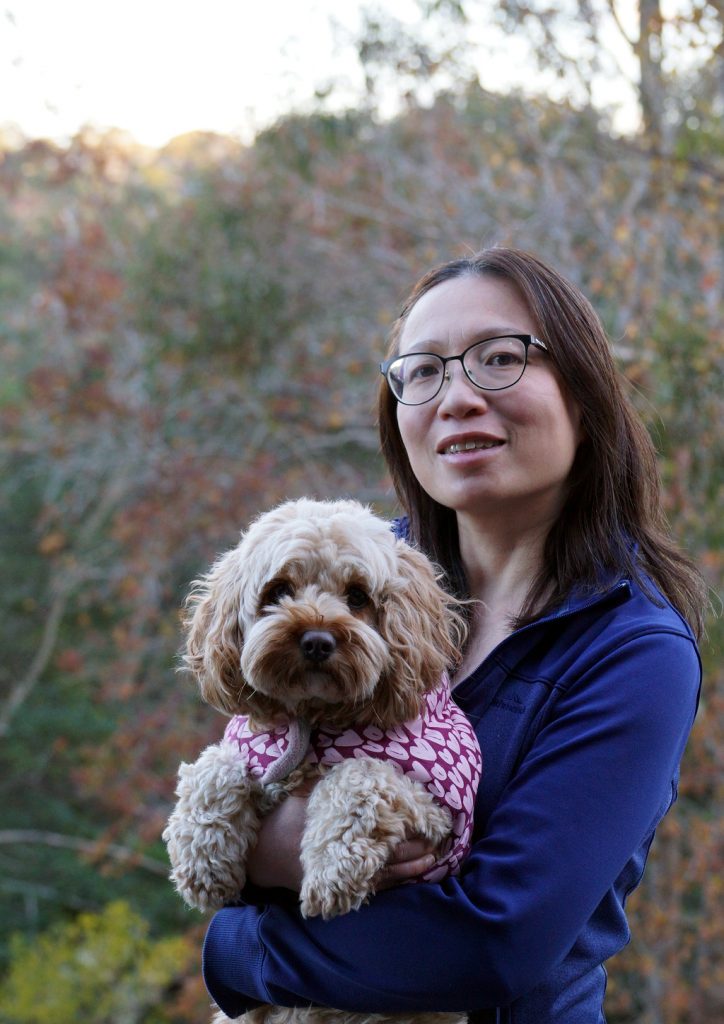 Rebecca Fung writes mostly children’s fiction, including illustrated chapter books and middle-grade. She also writes speculative fiction short stories across genres, including horror, fantasy and science fiction. Like many writers, she is open to all sorts of themes and topics. She has a number of ideas for young adult stories and would love to write a crime, mystery or historical fiction book one day.

‘My best memories come from children’s books, which have influenced my writing. I remember how excited I was to read a great story as a child, and I want to create that experience for others. I also think in children’s books, you can be daring and imaginative and simply have fun; more than you can in adult books. If you create a three-headed monster made entirely of jelly and ice cream, who flies off to Jupiter, kids are in it for the adventure, not to ask how this is scientifically possible?’

Rebecca cites Roald Dahl as one of her great writing heroes, because, like Dahl, she likes to create both fun stories for children and darker stories for adults. ‘I love both his adult books and his children’s books. They’re edgy and quirky and he writes well for all audiences.’

Rebecca’s stories feature characters with strong emotions. She says that some include dark humour and some are just dark (usually the more adult ones). She enjoys taking a possibility or a character and following it through – asking why, or seeing what happens – no matter how weird, dark or strange. She enjoys finding that lever to make readers laugh, feel unsettled, or feel strongly in other ways, such as wanting to fight for a character, and says, ‘To me, it’s a challenge to get this just right and so satisfying when I think it works.’

In the future, Rebecca hopes to finish her next novel and to see it published, and says, actually, just finished might be good! Her dream is to have her own personal library, with floor-to-ceiling shelves with ladders, mostly stocked with lots of books, all of the ones she already owns and much room for the many more books to come! Plus some comfy reading chairs and good reading lights.

She also dreams of greater literacy in the world. ‘I was watching a show called Lost for Words last year and the rate of adult illiteracy in Australia is really astounding and affects the lives of so many people.’

She says she finds that in our digital world, there is a huge culture of making judgements about people very quickly, and also, that people feel they have to take a side/position almost immediately, and stick with it, because there is something ‘wrong’ with changing their mind.

‘I’d like to see a future where people consider the facts more carefully and feel it’s ok to say they haven’t made up their mind yet, or that they don’t want to discuss their thoughts on this topic, or that they have changed their mind – and that this isn’t seen as being ‘weak, stupid or bad.’

Finally, one day, Rebecca hopes to be able to run a half-marathon.

‘Yes, I know that’s not that ambitious but let’s start small. If I get there, I’ll hope for the marathon!,’ she says.

Find out more about Rebecca and her work at her website.