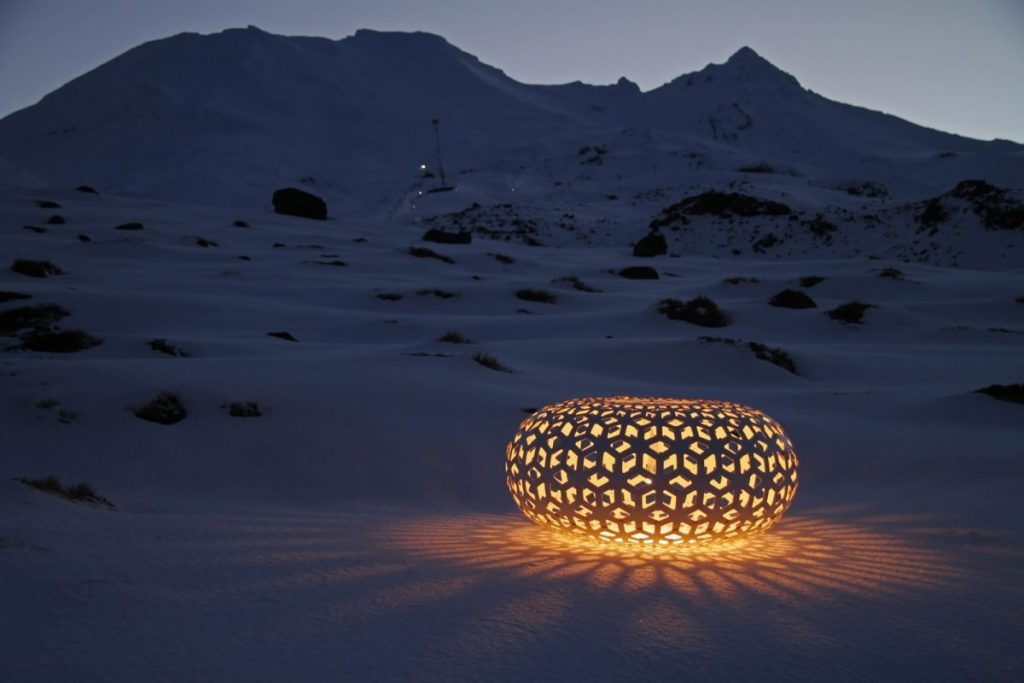 I came across David Trubridge, a well known Designer and Artist living in New Zealand, in my travels seeking designers, artists and creatives with a green bent to connect with for the blog and to soak up as much learning from them as possible.

David certainly stood out to me as someone I needed to talk to! He was generous enough to agree immediately to a blog interview and through this I have already begun learning from his philosophy, ideas and creativity. David is well known in many circles worldwide and I am thrilled to be talking with him, as his work, his approach and his story, are so inspiring.

I will certainly be following him with great interest and I think you might be too after reading and seeing his work! You can read more about David,his work and his company at his website http://www.davidtrubridge.com/

Could you please give us a quick introduction to start with, who you are and what is the main focus of your work?

I am an artist, designer, business owner and many other things.  For much of my life I was a solo, self employed designer-maker of wooden furniture, working in various sheds around the world.  Now I run a business designing and making decorative lighting and other household objects.  We are best known for the lights, most of which are kitset and exported all around the world.  You can read the full story of my journey as an artist and traveller, and how it built my design philosophy, in my new book called ‘So Far’.

What is your first memory of being interested in design?

Design was a word that came later.  At first I loved to make things.  As a kid I built models, first from kits, then from what I could find like used matchsticks collected on the promenade.  I didn’t buy games like Monopoly – it was much more fun to make them!  I also obsessively painted Turneresque landscapes.  Because I loved boats I studied Naval Architecture, but it turned out to be a boring engineering degree.  So I went off to build a lifestyle, where my love of making became the craft of woodworking.  Only once I had mastered that did I start to think about design.

Your work has featured all over the world, including the Nobel Peace Centre and on the cat walk at Milan Fashion Week! Do you have a favourite exhibition?

Salone del Mobile in Milan is the big one for me.  I have done it every year since 2001, and it is largely that dogged persistence that is taken me to where I am now.  It is more international than any other show, and attendance numbers are enormous.  We tend to do a large installation each year that tells a story, such as Spiral Islands, The Baskets of Knowledge and Icarus (which was purchased for the permanent collection of the Pompidou Centre in Paris) and this year The Elements to launch my book.  Each is made up of various components which go on to become individual products in our catalogue.

What is your design process?  Will you have an idea first and seek the materials and design? Or will a certain material, experience or object draw you to create something? Or both perhaps?

No, the idea comes first.  That is paramount for me.  The material is the means of realisation, the vehicle to bring to idea into being, and in principle I will always use the most appropriate material for the job.  Just like design should not be ruled by the computer, so the object should not be ruled by material.  But of course I have favourites – I know wood better than any other material and love its unending variety, its connection to nature and of course its sustainability.

New Zealand is one of the most beautiful and inspiring places on earth – do you find inspiration in your everyday living in this environment?

A little bit, in the clear light and many sunny days.  If I lived in dreary England or any big noisy city inspiration would be much harder to find.  But the quotidian usually suppresses vision – the daily routine takes over with its known patterns and inspiration is dulled.  So I go out to the wild, empty places which are so full for me.  And in that stillness and space I start to see through the surface distraction.  Maybe down there in the calm depths there is the seed of a new idea . ..

This blog is about interiors, but you also design beautiful jewelry which of course I can not resist! – can you tell us about this range?

Sometimes our lights appear like jewels, sparkling at night in the showroom window.  So it was an obvious step to actually make them into jewellery.  We simply reduced the scale and number of components and cast them in silver, assembled by a local craftsman.  We also make plywood boxes for them, in which the the silver nestles neatly in its own hollow.

You collaborate with other designers and artists on a great range of projects and it seems to me creativity is at the core of all you do. Can you tell us about one collaboration you are particularly excited by?

I think I was most excited by one with my son Sam, but it is not actually happening yet.  We put in a joint proposal for Wellington Waterfront for a semi-mobile performance space.  It is something like a large bus shelter though a much more beautiful form, based on a fish trap.  It contains a dock and speaker system, so anyone can plug in and perform, anytime.  They could be musicians, poets, actors or just a couple returning home late at night dancing to their iPod.  As an artwork it is only just started when made, because it needs everyone’s performance to bring it to life.  Sam is an artist and performance designer, with his own company called The Playground.

Can you tell us about the Seed System?

It is our way of describing kitset, to give it a little more value.  Why put one tree in a truck to transport it when you could fill the truck with thousands of seeds, and then have fun planting and watching them grow?  I like to think it is my gift to the buyer: you get the fun and satisfaction of making it yourself.  And the feedback backs this up – “I wasn’t sure at first, but hey that was fun!  We don’t make things enough any more.”  And it has been proven that if you make something yourself you will keep it for longer and sell it for more, which has to be a greener design.

What is the free design section on your website all about?

It is just that – a free design for you to download and make yourself.  It started with an exhibition in Brussels where I was one of a number of artists who contributed a design solely as an instruction to make.  I thought it was such a good idea that we continued it.  Every intern who works with us puts up their own free design which has to be hand drawn on a single sheet of A4 paper.  Preferably it is made using recycled materials.

What do you hope for with your work? For example do you aim to inspire other people to think about the way we use materials in our everyday life? Do you want them to be drawn to the beauty or functionality of a piece?

If forced to summarise one goal I would say I hope that we are providing ‘cultural nourishment’.  Bad design is like junk food which only leaves you obese and lethargic, feeling unsatisfied and already craving more.  Good design nourishes you like good food: less is enough, lasts for longer, and you are better for it.  Humans have made art for as long as we have been human – why?  It must be vital to our existence.  I don’t want to make ephemeral consumer stuff designed for a short life – the poor old planet can’t go on providing for such profligacy – rather something more lasting and valuable.

Do you think we have lost touch with history, connectedness, beauty and art in the design of our homes and the things we put in them?

Yes somewhat.  The issue is not so much beauty itself though, but at what price?  How we did things in the past mattered less because there were fewer of us.  But we have suddenly reached a crisis point where we have come up against the finite limits of the planet.  She can no longer go on supplying everything we insatiably demand, nor can she cope with our waste. That has changed everything.  So now there is this concept of living within our means, of how much of the planet’s resources are available to each person – ethically that is, because of course some will go taking what they want by force at the expense of the less privileged.  That means that we can’t go on restyling our homes every few years and throw things out just because we are bored with them.  So I don’t think our homes are any less beautiful, but buildings are the biggest cause of global warming and we have to rethink everything about them.  How can designers give us what we need within the limits of what is available?  Of course we need beauty, but surely it is no longer beautiful if it is wrecking the planet somewhere else!? 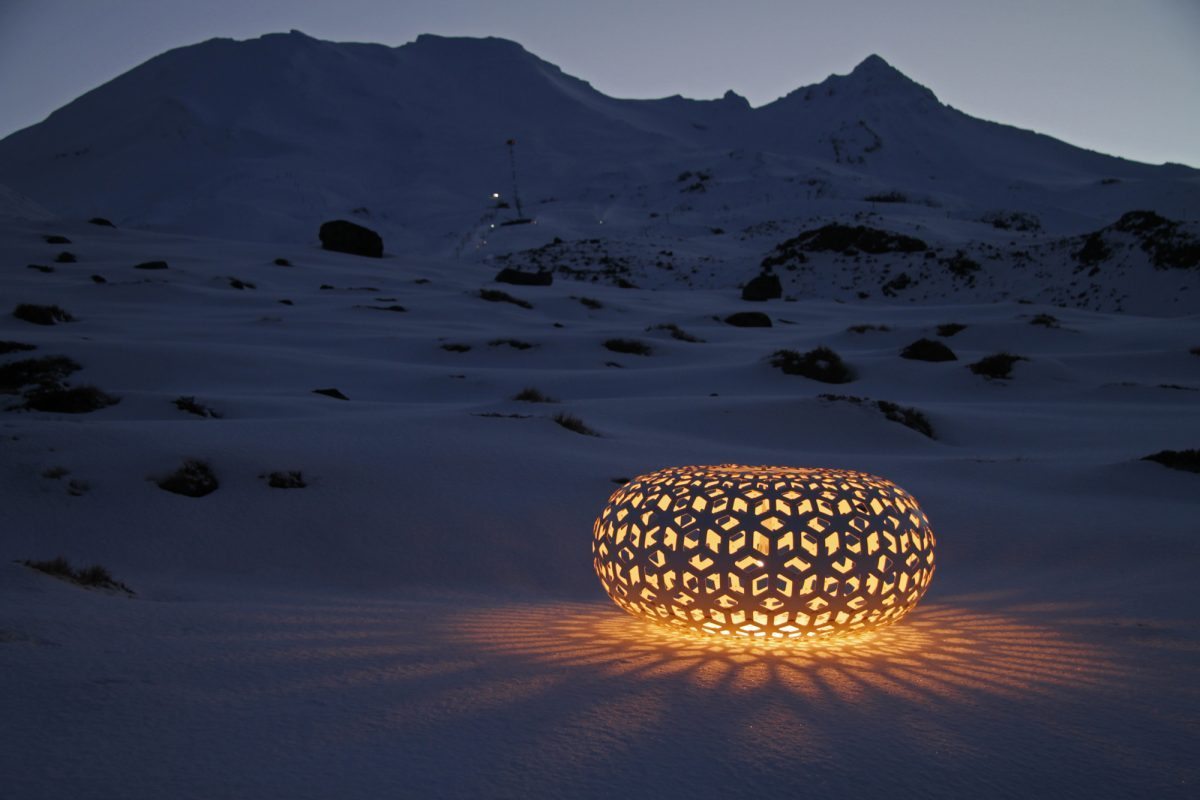 What do you think about the “Ikea-isation” (my word!) of our interiors?

Ikea has done some good.  It has provided affordable designed objects to people on lower budgets, and its kitset systems are great for reducing the number of trucks on the roads.  But if they are badly made and fall apart too quickly, that is no longer acceptable.  I talked to one of their designers who alone had produced 300 new Ikea products in one year.  The world does not need that much stuff, it just needs less better stuff.  The great challenge for interior designers is to use less and to produce timeless design that will nourish for a long time.

Do you have any people who inspire you?

I am inspired by every person who stands up to the insatiable consumer machine and says, no I have enough, I am richer without this.