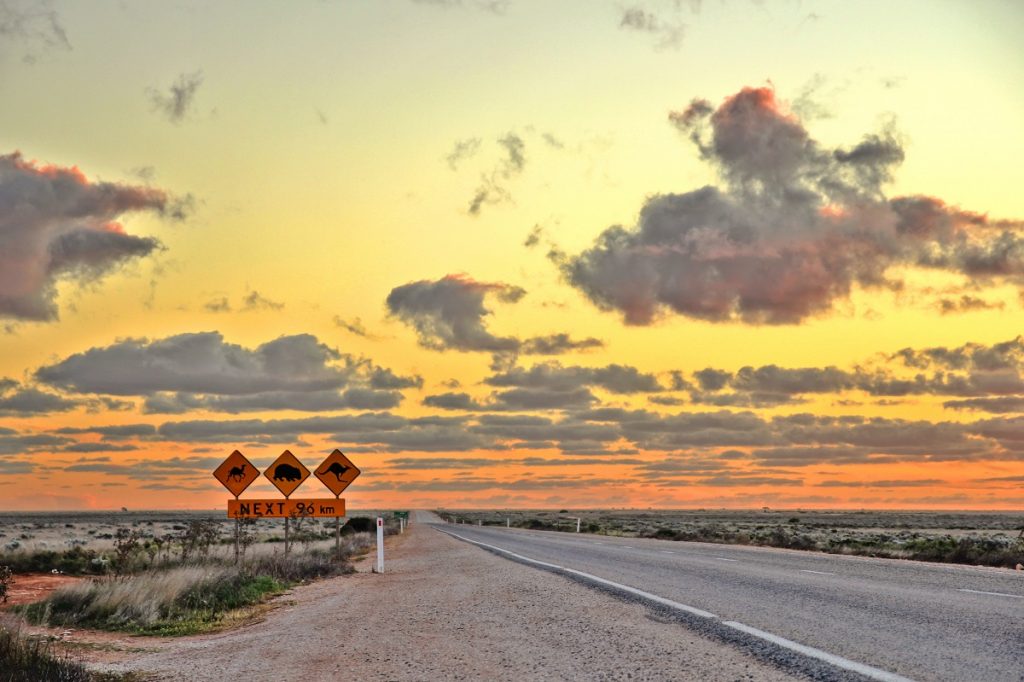 Long. Straight. Endless. Black road with white lines. Red dirt spread out either side of us across the wide expanse. Ripples of grey green scrub dotted through its gut like tufts of icing. To the left, the shimmering haze that signalled the sea hung above a craggy edged cliff. The sun’s orange orb climbed right out of the earth here. No other light competed with her rising, dappling her fingers across my face. A brown hunting bird hovered, waiting for the right moment to strike.

Disconnected from the Machine, we moved across the never-ending Nullarbor highway; unchartered territory for our little family. Sounds of my musical history played in the background, blending with my children’s chatter and the steady voice of my husband. Out here there were no rules about time, other than the one about being off the road before dusk. This was evidenced by the many big tawny red kangaroos, lying on their sides, red streaks on the black. A family of emus ran past, faster than we could drive, dust flying out behind them like a red brown parachute. Their tail feathers looked like a shaggy bustle. My children laughed, fat happy laughs filled with the joy of freedom.

Long road trains buffeted our van with the lift up bed like it was a little sail boat, adrift at sea. I felt adrift, excitement and wild abandon in my gut. Anything was possible. A forest of pink and golden wildflowers lined the way, defying the arid reputation. The roadhouses, dropped right out of a 1970’s movie, beckoned. My arms were tired from battling the wind gusts created by passing road trains. My eyes were heavy. The one room with bathroom was like a palace to us, the orange Chenille bedspread reminding me of my grandmother. We squeezed past each other, making a play space on the floor for the little one, using one of the bedspreads to avoid the lost dirt. Strange brown beetles climbed across the wall, seeping out of the bricks, covering the carpet. I stood under the hot water, feeling the freedom coursing through my veins. In the diner, truckies dressed in blue and yellow gobbled down their steak and bread and butter pudding. I eavesdropped, as they shared stories of being out there out on the road, big loud voices matching their physique (the result of all those roadhouse pies).

“Life changing trip,” my middle son had said to me later – he was just 12 at the time. The sky was bigger here, the worries smaller. There were no problems other than the immediacy of where to sleep, what to eat. No responsibilities other than my children and getting us safely to the next destination. This disentanglement had taken only a day. Gradually, after another day, and another, my part in the rest of the world slowly faded from sight, like the polaroid pictures of my childhood. There were no noises from the factory, no hands pulling me, choking my neck. Only freedom and the rhythm of our lives, slowly wandering across the country. 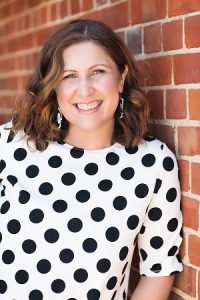 Welcome. My name is Dr Helen Edwards. I have a PhD in Psychology. I am an author of children’s and young adult fiction, and non-fiction for adults. I am an award-winning health and sustainability writer, blogger and advocate. I am represented by Debbie Golvan, of Golvan Arts Management.

I like to write about people and planet, and I include nature, our environment and relationships between people, in both my sustainability and health writing, and my fiction books for children.

I am currently working on my diabetes memoir and a couple of middle-grade stories, as well as writing here at my blog. You will see a wide range of topics here, including health, mental health, disability, diabetes, sustainable living, the environment, climate change and more. I am available for all sorts of freelance writing, advocacy and speaking work  – see more here.

I look forward to sharing stories with you and inspiring action for people and planet, with kindness and hope.

“Over the past few years the idea that the way we humans live our lives impacts on the world and everything in it has been a much explored theme in new literature in all modes. This new text by Helen Edwards of Recycled Interiors is a beautiful book, a good read, accessible and easy to dip into. Helen blends her own distilled thoughts, developed through years of blogging and research, with material from contributors, quoted material from the great thinkers of the world, and beautifully composed photographs. Written from the heart, Helen has produced a work which speaks to us all about the importance of even our smallest actions”.

I’m a newbie to all things sustainable, but Helen’s book had my interest piqued from the start. She covers lots of areas of sustainability – cooking, gardening, furniture restoration, and sustainable decorating – and makes some great points about the benefits of these practices, backed up with facts about environmental impacts. Would recommend her book to anyone looking for a simple, common-sense guide to sustainability” – Bridgett McDonald, The Able Editor

“I was delighted to have an early peek at Helen’s Healthy People, Healthy Planet, Healthy Home! Considering myself a little eco-savvy, I was looking forward to flicking through and finding a few ideas here and there, but have been blown away by how much is crammed into an e-book that is still so easy and enjoyable to read. Helen’s passion for healthy choices in every aspect of life is evident, and each chapter is full of useful information, inspirational pictures and action items. Whether you are building a home, looking to make the most of a rental apartment or are already on the way to a sustainable lifestyle – buy it!” – Heather

Tweets by @drhelenedwards
We use cookies to ensure that we give you the best experience on our website. If you continue to use this site we will assume that you are happy with it.Ok