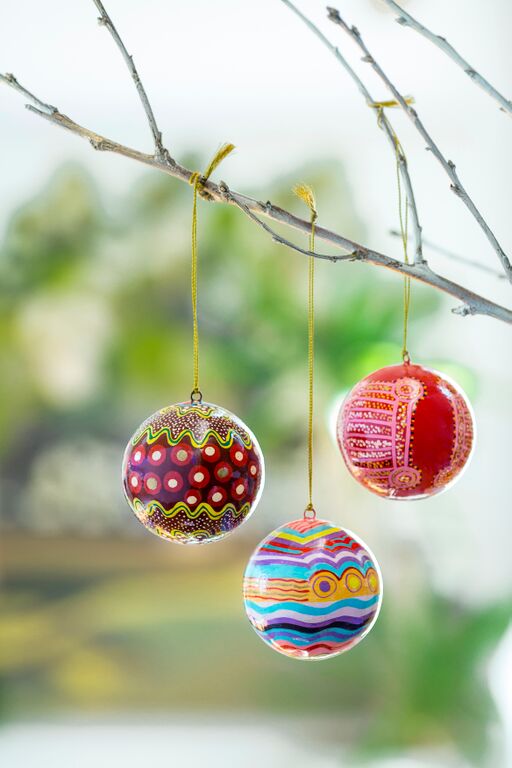 I was sitting at our little shop the other day and an Australian Crawl song came on the radio. It made me feel even more Christmasy than I was already feeling, after just coming from baking Christmas biscuits with Maxwell. All of a sudden I was 14 and sitting in my room in our big old, limestone house, with high celings and a fireplace in every room, with the AM radio on, waiting to press record on all my favourite songs and get the perfect timing to hit stop when the song finished – just before the advert started. You needed exquisite timing to get that part right. Did you do that too?

It was Summer in this memory moment, and as we lived in the country on a big old block, there were birds singing and the bamboo growing outside my window was swaying in the summer breeze. The thing about growing up in a tiny country town was that there was often a sense of nothing in the air and when I was a teenager this was a cause of much angst, as I longed for a more exciting life. Yet now I crave that sense of nothing.

Music is such an important part of our lives. What is the soundtrack of your life? Mine includes the early days of being little with my folk loving parents, followed by my obsession with Abba (let’s not get started on how my parents wouldn’t let me go to their concert unless I won tickets – #overitnotoverit). Well actually let’s talk about it – I still can’t watch an Abba special without a sook – just ask Mr Recycled Interiors. 🙂

Later came that fabulous era of Aussie Rock, with Cold Chisel, Australian Crawl, Icehouse, The Divinyls, ACDC, Paul Kelly, The Church, Midnight Oil,Hunters and Collectors, and of course Michael, always Michael and INXS. There were many more, including Dragon, Men at Work, Mental as Anything, Split Enz, Crowded House and all the others – Dire Straits, Sting, Kate Bush and Fleetwood Mac, U2 and the list goes on and on. Music is really at the centre of life as far as I am concerned.

The thing about it is that music is so often in the background of everything we do. It is played at parties, celebrations, ceremonies, quiet relaxing evenings, while doing the housework. And while we do these things and listen to this music, we lay down memories – powerful memories which can be reignited when we hear that tune again. I talk about memories that come to me when triggered by my senses – sounds, sights, feelings, tastes or smells  – as “feeling memories”. Do you know what I mean? Of course it is not just music that can take you back, but an array of these feeling memories.

Selecting music is also important as it sets the mood in many cases. Whether you want to be razzed up or soothed, the choice is yours. I think the feeling memories that take you back to your younger days are some of the most powerful, especially as you grow older. It reminds you of how lucky you are to have been here all this time. It reconnects you to the years of your past.

Continuing research within the psychology of music has highlighted the profound effects of music listening and we know that music is a separate channel of communication affecting emotions in significant ways. Music is thought to have a unique effect on regulating emotions and stress in everyday life because it can both distract you and engage you in a range of mental and emotional ways. Every time we choose a certain piece of music to listen to, we make a number assessments about our current state of mind and the environment in which we are listening to music. See more here

When my Mother In Law was dying from Motor Neurone Disease, I wrote to her idol, the great Paul Kelly. I told him how much she admired him, even going to his concerts on her own if she had to. And of her love for singing and how she was not allowed to pursue this as a young girl. As an older woman she had joined a choir and was finally in the joy of music. And then this dreaded disease hit. Such a cruel disease. And it eventually took away her voice. She could no longer talk, let alone sing. He wrote back to me, gave his wishes and then a parcel turned up with a framed signed picture of him and one from his film “One Night The Moon” with a hand written quote.

I still tear up when I remember her face the day I gave her these gifts, for her 70th birthday. She didn’t make her 71st. We played music to her and with her, every day until she died. We would take toy drums and shakers into the nursing home with the kids and sing up a storm. And she could still smile. Nothing stole that from her.

Paul Kelly was played at her funeral – “How to Make Gravy” – one of her favourites. Being set at Christmas, this is a very emotional song for me at this time of year, and one of strong feeling memory. She was also our “Super Gravy Maker” as my oldest son Cameron, then just a little boy, called her. Gravy was her specialty, oh and Cream Puffs, which my husband and sons have now mastered.

For a while, I couldn’t listen to it without crying. Who was going to make the gravy now she was gone?? So many feeling memories here. Now, it  is one of the rings I have for my phone, with all the others being Paul Kelly songs too, after all without music life would be a mistake. And there is such joy in my memories of her and this song.

Now, go sing a Christmas Carol. But first have a listen for your pleasure and make some gravy. Thank you Mr Kelly.