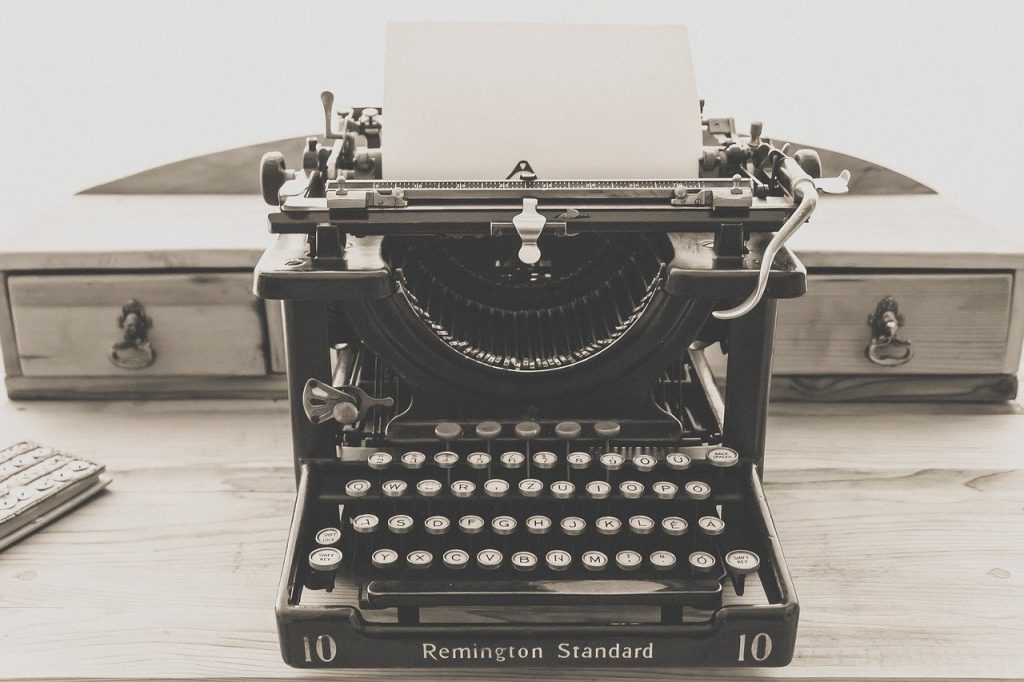 As a writer, you are advised to have an active social media presence. This brings many rewards – connection to readers, other writers, research opportunities, story ideas, finding books to read, connecting with your support network, connecting with the industry. But it also brings an overwhelming and exhausting stream of information and emotions. It is very easy to take on board everyone’s suffering and become flattened by what is happening in the world, which can be terrible for your own mental health, and your ability to write.

Many writers and other creative people, are very sensitive, and take the suffering of others very deeply. We take the events we see in the world, and the ones we see, hear and feel, in our minds, and turn them into real, living, breathing stories. Through that process, we experience the emotional journey of our characters; and a connection to the events as they unfurl. Being a writer can be incredibly rewarding. It can also be a lonely job; and one with no guarantee of success – depending on how you definte success. Caring for your wellbeing – both physical and mental – is critical. I am writing a series based around these issues, and will be interviewing writers and other creatives, about how they maintain their wellbeing and sense of joy in life, and in their writing.

Here are 5 tips to Writer Wellbeing – I will be expanding on further tips across this series.

We are kicking off the series with Kevin Klehr, who lives in Sydney. Kevin writes mostly queer themed lit for US publisher, NineStar Press, as well as other short pieces that have shown up in anthologies. He loved writing as a kid, and would staple makeshift books together and write. He didn’t take it up seriously again until he was in his thirties. That was twenty years ago. Kevin has recently retired, but was working for a not-for-profit media training organisation. As well as writing his stories, he will be freelancing from time to time, either teaching or writing resources for them, in the coming years. 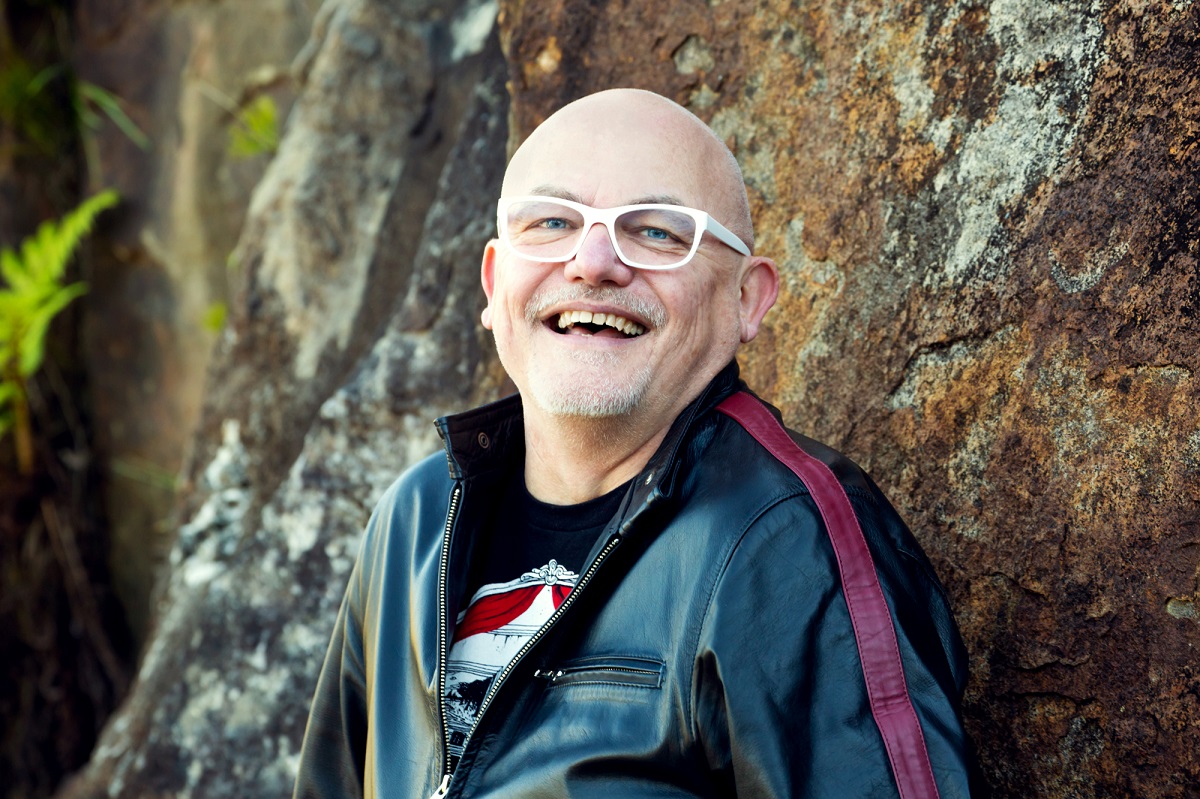 What drew you to writing? Can you share a story about when you first knew you wanted to write?

I don’t know what drew me to writing. As a kid I also imagined being a filmmaker, so I think the need to use my overactive imagination was always there.

In Grade 5, our teacher gave us blank stapled books with cardboard covers, which we had to fill with a story and draw the cover, as if we were creating a paperback. Then we’d pop them up against the blackboard for our classmates to read. I wrote the most books and mine were popular.

What is your favourite genre of book to read and do you have any favourite authors?

Ironically, my favourite genre is not what I mainly write, although I have one WiP where I’m trying to shy away from Magic Realism. I mostly love contemporary books with current themes.

One of my favourite authors is Jonathan Tropper. His comedies usually deal with a difficult relationship with the main character’s father, and a death. I’ve learnt from his writing as well as the madcap musings of Joe Keenan.

Among my other favourites are –

Do you tend to write in isolation, or with others, or a combination?

I used to write in isolation, as I was working part time. My husband retired over a year before me so, I’ve learnt to write when he’s quietly on his computer and he’s learnt to be quiet while I write. I did update my laptop when he retired so I had the battery power to be creative in cafes and parks.

What are the 3 hardest things about writing for you?

What are the 3 best things about writing for you?

Do you write in a routine, or randomly?

I’m learning to write randomly but I’m okay with that now. I used to finish a draft of a manuscript and then let it rest for three months while I worked on the new draft of another manuscript. This cycle would continue until there were hardly any edits or new scenes to add to a story. That’s when I knew I was ready to submit it.

With my new lifestyle, I’m going to work on one project at a time, taking a break for life, rather than going back to a different work in progress in the meantime. I’ll probably work on short stories instead while life takes over in between.

Are you a plotter, or a pantser, or a combination?

Now it’s a combination. In a review of my first novel someone said they had to put it down two-thirds of the way through, but then they missed the characters because they were like friends. She then finished the book and loved the ending. While there was a lovely complement in that review it also made me realise I had to plot carefully, especially as my next book was told by three different characters. Now I tend to stray from my chapter-by-chapter blueprint, as I sense where the reader would like to go.

Do you have a place to write, or all over the place?

As we live in an apartment, our dining table is our study. Location writing is also good except when you’re editing, because there are too many distractions, and you can’t hear your own thoughts. Somehow, when you write, the outside world doesn’t exist.

Do you connect with other writers online or in real life?

Both. As I’m with an American publisher I have to be as active online as I am with face-to-face contact locally. The latter is very important for your identity as a writer.

My dream is having a best seller and getting a novel released through an Australian publisher. At the time of answering these questions my new ebook release, Winter Masquerade, has been edited but I’m waiting for the final proofread. The cover art is also being finalised. I have eight other books released and four stories in anthologies. I have two works in progress that are still not up to first draft stage, and one that I’m about to start the seventh draft of because I’ve become as obsessed with that one as I was with my first novel. It has to be perfect!

Do you find you experience any mental health issues? If so, what do you do to manage these things? Is your writing connected to these things, or not?

Most of my anxiety came while writing my first novel, as I was learning my craft. I’ve been fortunate to get lots of good reviews for my books so I’m a little overconfident sometimes. But I also take note of genuine critique. However, recently I gave my first workshop as an author at a literary festival at the State Library of Queensland. I rehearsed, refined, and practiced in front of friends many times leading up to that event. All that work helped me through it confidently.

Do you experience emotions such as self-doubt, imposter syndrome, fear of missing out, lack of confidence – if so, how often do you think and how do you deal with these emotions?

I think I’m from a generation where we just had to get on with it, which is the best way to find what you can do and what you have to refine. There’s no shame in making a fool of yourself when you’re a newbie. Own your mistakes. Learn from them. Move along to your next challenge. Plus, I’ve had a lot of acting and media training so I’m fairly confident. When I’m not, I breathe deeply and face the new challenge. And I’ve been in my relationship for twenty-nine years. I think being in a steady relationship helps with all other aspects of your life. We’ve always had a good social life even if it’s just the two of us going to the theatre or a concert. Being engaged in life is the best thing you can do for your well-being. We both have a good diet and take long walks regularly. When I’m fully recovered, I’ll go back to doing laps in the pool and a few work outs at the gym.

Unfortunately, I’ve been an insomniac for most of my life, waking up around 3 a.m. and not going to sleep again until just before the alarm goes off. Now that I’m retired it doesn’t matter anymore if I can’t sleep.

What would you say are the things in your life that are most beneficial for your wellbeing? What could you do with more of? Is there anything you could do with less of?

I think one of the most important things in this day and age is not to let social media replace an actual life. If you are out and about and feel the need to take a selfie to post online, then you’re not in the moment. People are surprised I don’t leave my data on. To me there’s the online world and there’s my life. The former is to help me promote myself as an author. So, when a friend doesn’t text or ring me directly because they thought using Facebook Messenger would do, I get annoyed with them. They’ve entered the world of indirect communication and that’s not healthy. For example, my sister once used Messenger to tell me our mum had gone to hospital the night before. I didn’t see the message for three days.

Any advice for other writers?

When I studied acting, one of our tutors did an exercise where one by one, each student gave advice to one student regarding their acting. Then we did the same for the next student. And so on.

The teacher then told us that in our hearts (or our gut) we knew what advice was relevant to us and what was not. Use that instinct to identify what is real guidance and what is an issue that your advisor has to deal with about you. Actually, I may have learnt that lesson just by being gay.

I had a good assessor when I was writing my first novel. I switched assessors for a later draft and found that not only did they get aspects of the story wrong, their advice was based on their quick read. That bad assessment made me remember the importance of that acting lesson.

You can find Kevin below. If you would like to share your story in this series, please get in touch, Helen