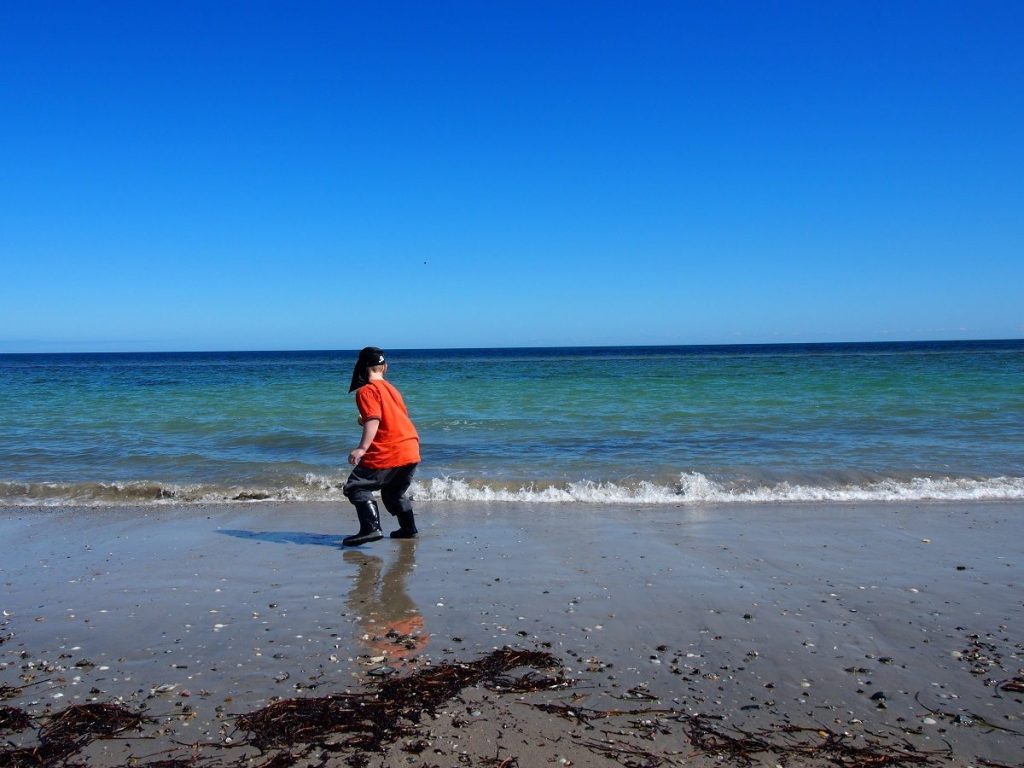 When is the last time you had a drink? We went for a drive on Sunday, and it ended up with us talking with the kids about alcohol and driving safety, and got me thinking about why I broke up with alcohol and said hello to Sunday mornings.

Australians are huge alcohol consumers, but you probably already know that. It is part of our culture and used carefully it can be a happy part of your social life, and even provide health protective benefits in some cases, such as with red wine. The National Health and Medical Research Council report that on the flip side, alcohol is responsible for a considerable burden of death, disease and injury in Australia, and that alcohol related harm to your health is not limited to the drinkers but also affects families, bystanders and the broader community. You will probably know someone in your life who has been badly affected by alcohol. I think it is important to stop and remember that sometimes, as it is all too easy in our alcohol saturated world, to forget the serious impact it can have.

People use alcohol for a wide range of reasons and in different contexts. For example you may drink to be social, at cultural events or religious observance, or as a result of peer influence. You may also drink purely because you enjoy it, for pleasure, relaxation and mood alteration. Some people drink to enhance their creativity, or to actually reach intoxication because they like it, or because of addiction, boredom, habit, to overcome inhibitions, to escape or forget or to “drown your sorrows”.

Most Australians who drink alcohol do so at levels that don’t have many problematic effects, and I am not here to tell you to stop drinking. However, any level of drinking increases the risk of ill-health and injury and most definitely does not mix when it comes to driving.

One of the things that got me thinking about alcohol, was our family drive to the beach recently and the fact that my 16 year old son will soon be driving. We got chatting in the car about safety when driving and in particular, drinking alcohol and driving. We have had lots of conversations with James about alcohol. His older brother is in the party scene, but James says he is not going to drink. He has a physical reason for this, but I think it is more than that, and hope that the drinking culture among kids is changing.

So what is your alcohol relationship? Mine has a long history. Growing up in country South Australia, I was introduced at 14 years old to alcohol by my best friend’s older boyfriend, who was 19 years old. I had developed type 1 diabetes at 12, and felt very different to my peers. Anything that may make me part of the group seemed attractive to me. In the country it was totally normal for under aged teens to be served in the local pubs. I worked at one of them as a waitress and they knew exactly how old I was, yet still they allowed me to drink in their bar.

Mostly I loved the way I felt when drinking – I felt brave, attractive, capable of anything. As long as I didn’t go too far into that woeful, “it is the end of the world” depressive part of the drunk scale, which I did often as well. My relationship with alcohol grew into a love affair and for the next decade, like many Aussies, I was a binge drinker. At any party or social event, I was the fun time girl, my naturally introverted self being drowned away by alcohol and allowing me to become a party animal.
This behaviour was not only dangerous for my physical health living with type 1 diabetes (extremely dangerous), but was also bad for my emotional and mental health and wellbeing. I have many memories (and some blanks) of times where I behaved in ways I would never have done without alcohol. Eventually it made me sick. So sick that even a couple of drinks would land me in bed vomiting the next morning.

I stopped drinking when I was pregnant with my first son, at aged 26. After breaking up with his dad when he was 9 months old, the party life began again, every fortnight when he would go to visit his dad. Meeting my husband, who was also heavily entwined with alcohol as part of the footy crowd just deepened this relationship, and after suffering extreme stress at work, it became my crutch. After suffering post traumatic stress, panic attacks and depression however, things started to change. I no longer liked the feeling of being out of control. It terrified me. I could never tell if it was a low blood glucose episode, a panic attack, or the alcohol. Yet when drinking, I found it very hard to stop.

On the day I got married, I had a few drinks and then – I just stopped. I decided that I needed to stop as we were planning for another baby. But I also decided that I wanted to break up with alcohol, for my lifetime and for my life. I stopped that day and never had another drink again. That was 17 years ago. The change in my life was remarkable. No longer losing time, losing Sundays to sickness, worrying about what I did or said, wasting all that money – suddenly I had a new life…and a new problem. Now people asked me why I wasn’t drinking? Didn’t I want just one? Where was the party girl? Suddenly the drunken behavior of my friends became too much. I hated being out watching them slowly getting more and more ridiculous. I was already struggling with social events due to anxiety, so I stopped going out.
Over time this changed. I got better and anxiety was no longer an issue for me. Now, many years later, I go out and never even consider alcohol. Other people can drink it, but it never even whispers my name. It is as if I never even met it. I also don’t worry about other people asking me if I want a drink. I just say no thank you and when I get given a bottle of wine as a thank you gift for speaking at an event, Mr Recycled is more than happy to accept it!

The best part of this for me, besides the hugely improved health and wellbeing factor, has been all those Sunday mornings – more than 884 Sunday mornings I have been sober and not a hangover in sight. I can leap out of bed at 5 am on a Sunday and go for a walk, followed by some down time and then a family outing like the one we took last weekend. 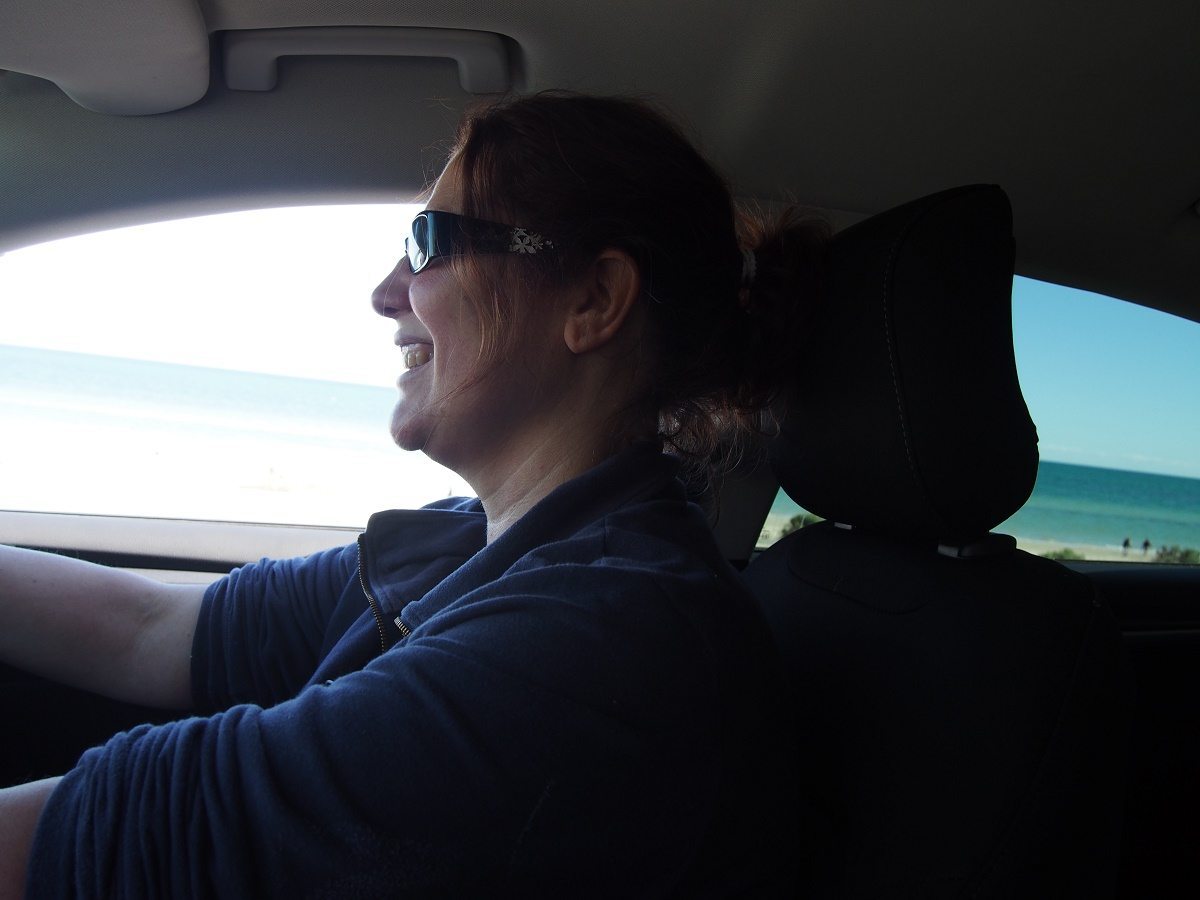 All in all this Sunday drive was far more than a potter to the beach. It included a lot of thinking and talking about alcohol, driving and the safety issues for our boys when it comes to making choices. It also reminded me that some relationships are best severed, and that sometimes you really find yourself once you break up. I won’t be hopping into bed with alcohol again. If it suits your life go for it, just make sure you keep it under control and don’t let it be the one running your life.
Have you chatted with your teens about alcohol and driving safety? I would love to hear your tips and issues, so please drop some comments below and ahoy me hearties!
Helen
xx