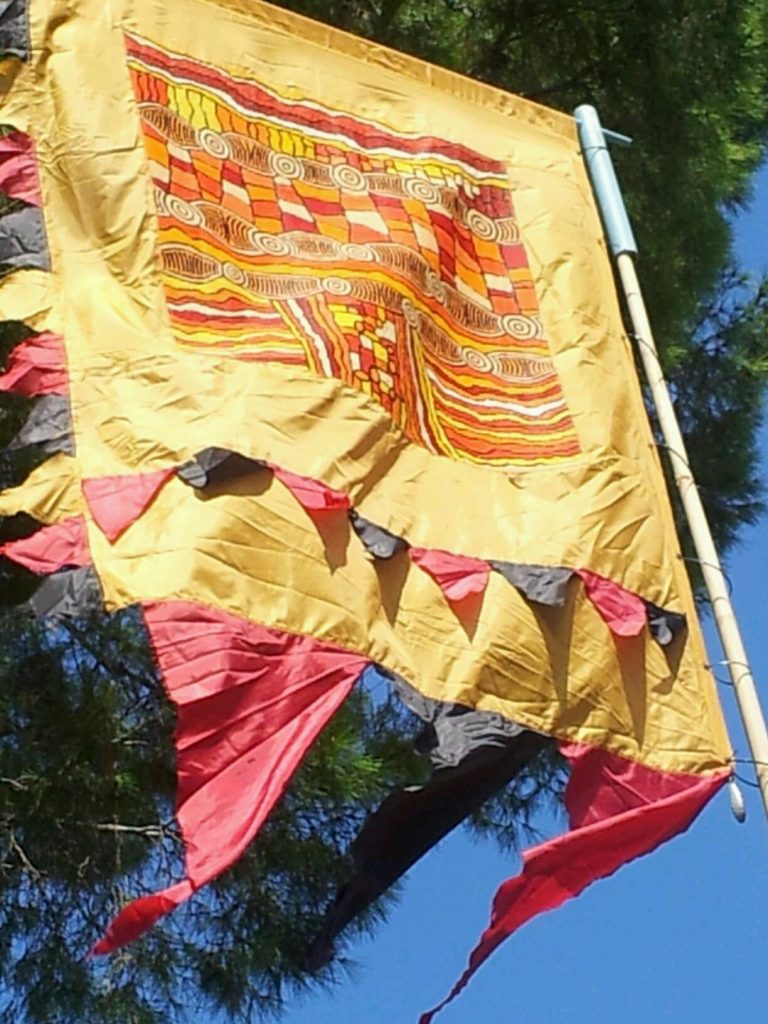 WOMADelaide 2019 is almost here and the Planet Talks are always a highlight. One of the lineup, Dr Michael Hornblow, is an interdisciplinary Artist and Senior Lecturer in Architecture and Design at the University of Tasmania. He has a broad background across film, video, intermedia, performance, and design, focusing on site-specific, ecological, social justice and cross-cultural contexts. Michael has presented work at Melbourne Festival and the International Symposium on Electronic Art (Sydney, Vancouver, Hong Kong), as well as curating and managing arts projects around the world. At the University of Tasmania, he co-leads research with Dr Jacqueline Power, investigating a range of new materials for bio-fabrication in architecture and design, including SCOBY (kombucha) and mycelium composites. I had a chat with him about his diverse background and what he will be speaking about at WOMADelaide 2019.

Can you explain your background?

I grew up in Christchurch, New Zealand, with a few early years in Melbourne. I guess an early formative influence was living in inner city warehouses spaces when the 90’s rave scene was kicking off in New Zealand, and later being part of the Broadway squat scene in Sydney in the early 2000’s – finding strange relations between performance, unusual spaces, and collective creativity. I spent a few years in Montreal at the Senselab, Concordia University, a place for ‘research creation’ where people work across art, activism and philosophy, to invent techniques for collective thinking and doing.

I was really into writing, theatre and art when I was at high school, which led me to a film program in the fine art school at Canterbury University in New Zealand. A friend of mine was studying architecture at the time and I was really passionate about the threat to heritage buildings in Christchurch (my hometown), as part of an emerging inner-city cultural scene, so that was the start of an interest in the city. I curated a public art exhibition after graduating called PRAXIS, which imagined the city as an urban magazine, with several ‘issues’ as street murals and performance art pieces. So that was the beginning of mixing things up.

After that I moved to Japan to work as a street performer, and later dance training, back to New Zealand in between for a few experimental film and performance projects, then Australia for academic study and teaching in philosophy, media art, and design, to get some critical understanding of these intersections. I love sharing ideas and devising ways of moving and thinking with others, so teaching and curating is helpful to see what’s possible within and between disciplines.

Could you talk about your post-doc work and what it is about?

My post-doc work was part of an international project, Immediations, where we developed cultural events, workshops and symposia, exhibitions and publications, with community and academic partners across Canada, Australia, New Zealand, Europe and the US. Apart from facilitating and participating in collective activities, I developed my doctoral research in new directions; from understanding how performers use elements of the built environment to create affective experiences, to focus on geo-locative media and mobile devices, as an embodied response to the way urban life is situated within broader planetary phenomena.

You focus on “site-specific, ecological, social justice and cross-cultural contexts” – can you give some understanding to this for us, expand on what this means?

Site-specificity can mean lots of things; for me it’s about performance, responding to a sense of place, or creating interventions through movement, media, and concepts that might reveal or alter our assumptions around how spaces are used – who can or can’t use them, what’s used in the process and how. Ecological, social justice and cross-cultural contexts often work in a similar way – considering what is at stake, or in a state of potential, full of possibility, what’s suppressed or enabled. And the points of difference there, whether it’s a non-human entity with its own quality of life, or where social injustices allow for creative resistance, or cross-cultural encounters when we learn to question ourselves as much as the other.

I’ve been developing a new site-specific performance festival in Thailand called Buffalo Field, with Ploy Yamtree, an architect and director of Openspace. Its situated in Nang Lerng in the old town of Bangkok, where we’re working closely with the local community in responding to the built heritage and social fabric of the area. We’re hoping to expand this in the future to incorporate more interdisciplinary approaches to art and design, as well as travelling studios and design-build projects.

At Womad you are talking about new materials for bio-fabrication in architecture – that is a fascinating and important topic – can you give us an introduction to this?

I’ve been exploring different bio-materials at the University of Tasmania, with my colleague Dr Jacqueline Power and several student research groups. This has examined the possibilities for upscaling mycelium composites (using the root structure of mushrooms with various substrates), as well as SCOBY (Symbiotic Culture of Bacteria and Yeast, also associated with kombucha) for architectural applications. It’s still in the early research stages, but we’ve produced a few design prototypes and models and we recently presented the SCOBY research at the 2018 Annual Design Conference in Sydney. We’re also developing collaborations with artists and designers who work with mycelium, SCOBY, kelp, and Augmented Reality, exploring the possibilities of bio-material fabrication for architectural installations at art festivals.

What are you looking forward to about the festival?

There’s so much to choose from! Being a Kiwi, Fat Freddy’s Drop are an old favourite; also, keen to check out the Afro-House duo Digital Afrika, and The Correspondents look wicked, love electro and drum ‘n bass.
You can see more about Michael here . Find out when he is speaking, all of the sessions at WOMADelaide 2019 and grab your tickets here!
Helen