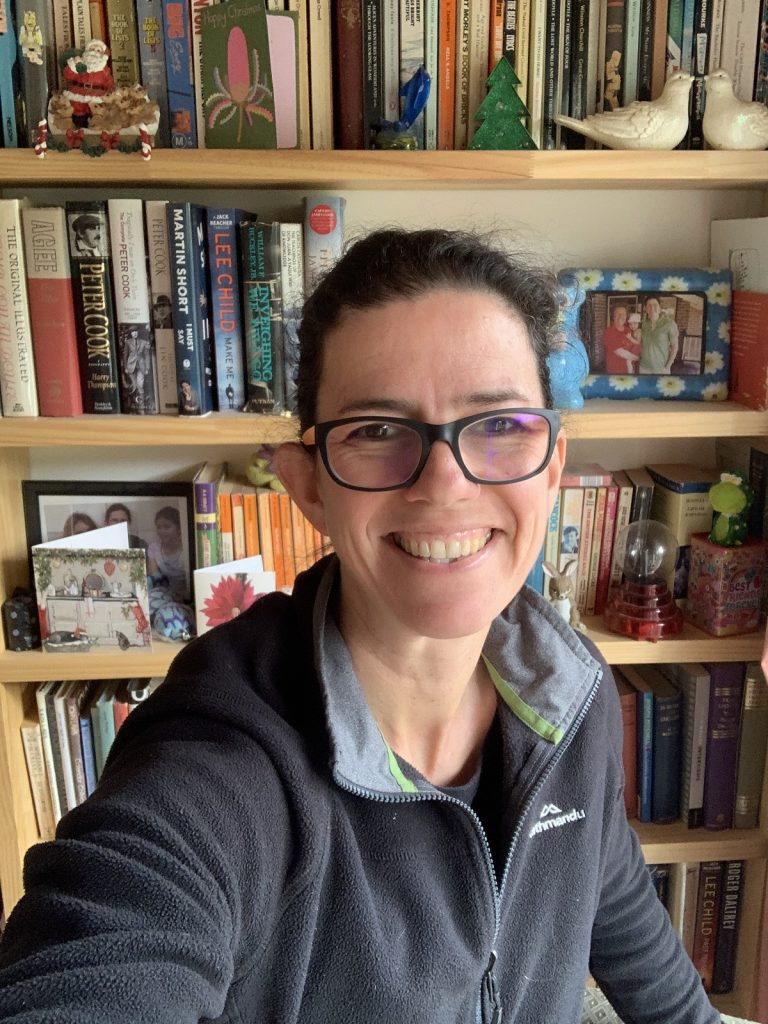 We are getting to know best-selling Australian children’s author and television writer, R.A Spratt today, known for the Peski Kids, Friday Barnes and Nanny Piggins series of books. She has written for dozens of different television shows and in recent years has specialized mainly in children’s animation, but she has also had extensive experience writing jokes, sketch comedy and political satire. Her podcast ‘Bedtime Stories with R.A. Spratt’ was launched in February 2020 and now has a huge following from around the world.

R.A Spratt lives in Bowral, Australia, with her husband and two daughters and enjoys gardening and napping, but rarely gets the time to do either. She has three chickens, two goldfish, and a ‘desperately needy’ dog. She says she writes staggeringly brilliant children’s books and writes comedy because that’s just the way her brain works. She also writes because it’s how she pays the bills…and because she signed a contract with her publisher saying she would. Finally, she writes because she says being a writer is better than having a proper job.

2. You’re better off not knowing so you can’t be called upon to give evidence in a court of law.

3. You probably wouldn’t believe me if I told you. (It’s a thing about being a comedy writer, no one ever believes you).

4. The fictional characters that come out of my head are a thousand times more interesting than me.

5. I probably wouldn’t tell you the truth anyway. I never let the truth ruin a good story.

R.A Spratt’s new book, ‘Shockingly Good Stories’ is based on stories from her podcast, ‘Bedtime Stories with R.A. Spratt’. It features 20 short stories that have been written to be read aloud.

‘They are meant to be fun for the whole family; parents/grandparents/older sibblings reading them as well as the kids listening. Characters from my other series appear in this book – there are fairy tales told by Nanny Piggins and mysteries solved by Friday Barnes. The ‘Tall Tales’ stories are pretty much transcripts of conversations I had with my younger daughter.’

4. Bargaining with myself that if I get a certain number of words written I will be allowed to take a nap.

5. Fear of having to get a proper job.

In the future she hopes she makes it through the next 24 hours without being a terrible parent, that nothing happens to trigger World War 3, that she gets eight hours sleep in one night, can stand up a 50kg snatch and 60kg clean and jerk, and finally, that her chickens start laying again.