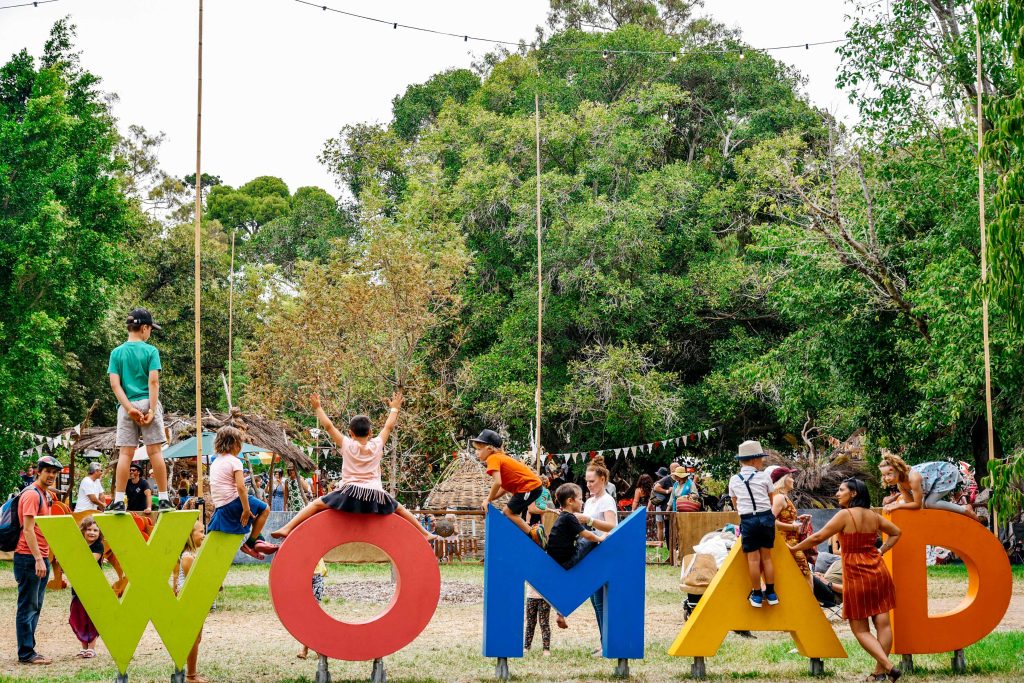 WOMADelaide is set to take over Adelaide’s glorious Botanic Park/Tainmuntilla, from March 10 – 13, and today has announced the thought provoking 2023 Planet Talks programme. I am excited to once again be bringing you stories and guides in the lead-up to the event, and snippets on the ground during the event. Womadelaide is a family tradition for us, that spans back to the very first event, and all of my children have grown up attending since they were babies.

The Planet Talks is the festival’s three day, ecological and conversational forum, featuring some of the world’s foremost thinkers, activists, scientists and leaders, engaged in thought provoking and entertaining discussions, around some of the most important and pressing issues and solutions affecting our beautiful blue planet, now, and into the future.

There is nothing quite like sitting in the tent, beneath giant bat-filled trees, music swirling in the background, as you listen and digest the conversations presented during the Planet Talks. I always leave inspired to make a difference to our world and filled with hope from listening to people who are actively working to make changes.

This year’s programme features the return of two of Australia’s most respected media identities in Patricia Karvelas and Fran Kelly, appearances from renowned human rights advocate Patricia Anderson AO, and Eytan Lenko, CEO of Mike Cannon Brookes’ philanthropic Green Fund, Boundless. The Party Room political podcast returns for a ‘Live at WOMADelaide’ special episode. Join Fran Kelly and Patricia Karvelas, who, with some very special guests, will delve into current Australian political commentary, breaking down significant topics and having a bit of fun along the way.

Leading the session ‘Voice to Parliament’ in collaboration with Reconciliation SA, is a strong and respected panel of First Nations women, including Co-chairs of the Uluru Dialogue committee Patricia Anderson AO and Prof Megan Davis, APY Executive board council chair Sally Scales, and host ABC journalist Dan Bourchier. The group will explore the opportunities and complexities of enshrining a First Nations Voice to Parliament in our Constitution, as the Australian public approaches the referendum on the question later in the year.

The Planet Talks provide a platform for important conversation and discussion around current issues of environmental and social concern, which as a society we need to openly discuss.

Reaching net zero by 2050 is now legislated, but how are we going to get there? In ‘Race to Net Zero’, Eytan Lenko, Richie Merzian, former climate negotiator for the Australian Government, Executive Director of the Australasian Centre for Corporate Social Responsibility Brynn O’Brien, and panel host Maree Lowes, will explore how Australia can reach this target by 2050 and examine if it should be government or private industry leading the race to net zero.

‘Natural Rights’ opens the programme on the Saturday of WOMADelaide, discussing the idea of personhood in the ecology around us, and what would happen if we extended human rights to the earth. When policy fails, can the legal system step in? What would happen if rivers had human rights? Join panel host, award-winning science and environmental communicator Tanya Ha, who alongside community leader, advocate, and scholar Anne Poelina, and legal scholars Erin O’Donnell and Peter Burdon, will discuss the pitfalls and prospects that exist in recognising personhood in the ecology.

‘Can Seaweed Save the World’ – With thousands of kilometres of coastline across our planet, a tradition of using seaweed for all sorts of things going back thousands of years, increasing demand for sustainable foods and products, and the capacity for seaweed to contribute to regenerating ecosystems, is Australia ready to take advantage of the seaweed revolution?

‘Crimes Against Nature’ – Stealing water, illegal logging, smuggling animals and plants – there are some pretty terrible things that humans do, but who is there to hold us to account? Join water economist Sarah Wheeler, ecologist Phill Cassey, and environmental lawyer Emma Carmody with session moderator, the host of Schwartz media’s 7am Podcast, Ruby Jones, as they delve into how we can fight crimes against nature.

This year’s WOMADelaide Planet Talks programme is another huge incentive for visitors to flock to Adelaide’s Botanic Park/Tainmuntilla for the upcoming March long weekend. The star-studded line up of thinkers, innovators, advocates and scientists will join the impressive line-up of world-renowned international music artists, to make WOMADelaide 2023 one of its best yet.

The Planet Talks are generously supported by Claire Pfister and David Paradice – find out more here and grab your tickets!